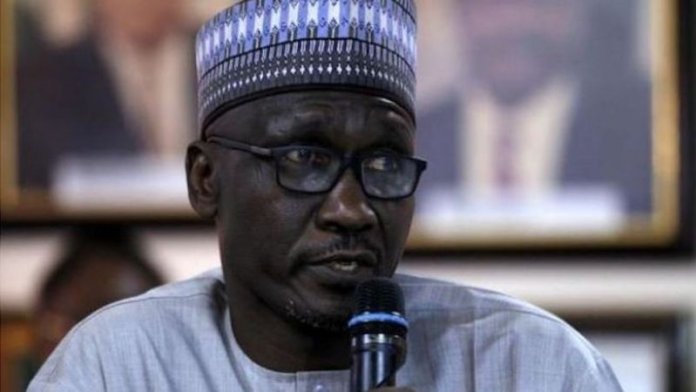 With the negative impact of the Coronavirus pandemic on global economy which had led to an unprecedented decline in the global price of crude oil, cutting the cost of oil production by Nigerian oil companies had become imperative.

Based on official statistics, Nigeria is one of the oil producing countries that has the highest cost of oil production.

For instance, while it costs an average of $8.38 to produce a barrel of crude oil in Saudi Arabia, it costs Iran and Iraq about $9.08 and $10.57 respectively.

According to the Group Managing Director of the Nigerian National Petroleum Corporation, Mele Kyari, it costs Nigeria about $17 to produce a barrel of crude oil.

With the negative impact of the Coronavirus pandemic on global economies, the price of crude oil dropped to an all time low of about $21 per barrel in April from $46 in February this year.

But while the global crude oil market has started experiencing a rebound in activities, thus making the product to sell for about $44.94 per barrel, experts have said that it had become compelling for the Federal Government to, as a matter of survival, cut the price of oil production.

The Federal Government had in a bid to reduce the impact of revenue decline in the 2020 budget proposal revised downward the revenue projection for the 2020 by N3.3tn from the initial approved amount of N8.41tn to N5.08tn.

The reduction in revenue projections was due to the negative impact of the Coronavirus pandemic,which had led to unprecedented drop in global crude oil prices.

So far, in Nigeria, the very visible impact of the pandemic has been huge, especially in relation to government finances, capital flow reversals and loss of income to businesses and households

Based on the revenue parameters upon which the revised budget proposal was made, the Federal Government had reduced downwards the oil price benchmark from $57 per barrel to $28 per barrel.

Before the revision, the Federal Government had projected to generate about N8.42tn revenue to fund the budget, while debt service was estimated to gulp about N2.45tn.

These developments have heightened fears about the ability of the government to finance its expenditure for the current fiscal period.

It is understandable to see how frustrating the current high production cost must be for Nigeria, a country whose main source of income is oil revenue.

Not only are oil prices low, the country’s production cost is high and the country is battling to produce more than two million barrels of crude per day.

What this means is that there is slim possibility that oil price would rise above $60 per barrel.

The implication of this is that except Nigeria starts reducing the price of crude oil production to about $10 per barrel, it would be difficult to maximise revenue to be generated from sale of oil.

The NNPC GMD gave credence to this when he warned that unless oil companies reduce their cost of production, they may not have a business in the current low oil price environment.

He said with oil prices hovering around $40 a barrel, many oil companies in Nigeria reporting huge cost of production will not have a business as the industry re-adjusts to the new normal of low prices.

While speaking on the way forward for the industry, Kyari said local producers employ gimmicks including inflating the cost of associated risks and personnel costs which guts revenue available for taxation.

He threatened that the government would revoke contracts and cancel projects of any firm that would not adhere to the production cost of $10 per barrel.

He said with such high production costs, countries such as Nigeria might soon be out of business if eventually oil price drops to $30 per barrel.

The NNPC Boss said, “In a production environment like Saudi Arabia, it’s about $5 (to produce) a barrel. You can’t do it here. The best of our production system is at about $15 to $17 to a barrel.

“So there are many countries which cost of production is at least $30 and we are one of it.

“And beyond that also, there are competition because people are producing at lower cost than you are.

“And then that depresses the potential of coming out of the impact of Coronavirus for a long while to come.”

There is no contending the fact that operating in Nigeria’s troubled Niger Delta region is fraught with risks. The kidnapping industry which Lagos-based SBM Intelligence firm said is worth over N7bn was birthed in the region as oil workers, especially expatriates became prime targets.

While Companies pay millions yearly to government’s security agencies to protect their personnel and facilities, oil sector experts said there is need to leverage on digital processes for optimal efficiency in the oil sector.

Speaking on Thursday at the Asset Management Operational webinar series, organised by the Integrated Data Services Limited of Nigerian National Petroleum Corporation, the Stakeholders said time had come for operators to embrace innovations that will ensure optimal use of resources as well as reduce cost of operation to $10 per barrel.

Sophia Weaver, Manager, Production Technology, First E&P, explained that the past few years have been challenging for the sector with so much volatility exacerbated by the Coronavirus pandemic.

She said that continuing with the conventional model of operation would not yield the desired growth in the sector.

Weaver stressed the need for operators to be more responsive to fluctuating oil prices, adding that there is need to exert control over the rather high cost of operation to ensure process efficiency.

She said, “Achieving operational excellence involves transforming the way we work and digitalize our processes in areas such as oil well and reservoirs management, drilling, logistics and supply chain management.

“There is need for us to begin to see data as the new oil, data is critical to the development of the sector.”

To achieve operational efficiency that would guarantee cost reduction, experts said there is need to re-engineer traditional processes, optimisation of resources and reducing waste by addressing perennial issues associated with operational inefficiencies in the sector.

The Managing Director, Integrated Data Services Limited, Ayebateke Bariwei, while speaking on the development emphasized the need to adopt digitalised process in order to enhance productivity and improve system efficiency.

He said, “Process digitalization is about unlocking new value by using digitalised data to change the way things are done.

“Our objective is to ensure that we operate in the industry bringing the unit operating cost to $10/ barrel by 2021.”

There is also the need for regulators to develop an operating environment that encourages process digitalization and help operators thrive in the sector.

Since the operation cost cannot decline in isolation, there is need for an enabling environment that would be built on incentives. This would help operators modify their ways of doing business.

Experts also agree that the country is still lacking the adequate data to aid effective decision making by operators.

According to the Chief Operating Officer, Nigerian Petroleum Development Company Ltd, Western Niger Delta Edirin Abamwa, operators are not traditionally set up to mitigate disaster shut down that would affect production cost.

“It is time to move away from the traditional ways, there are a lot of development that enable operators establish census and determine if machines are operating optimally, these are still lacking among operators today,” he added.

While Nigeria depends significantly on oil revenue to finance its annual budget, there is need to look inwards to ensure that cost of production is drastically minimised for the country to maximize profit from oil revenue.