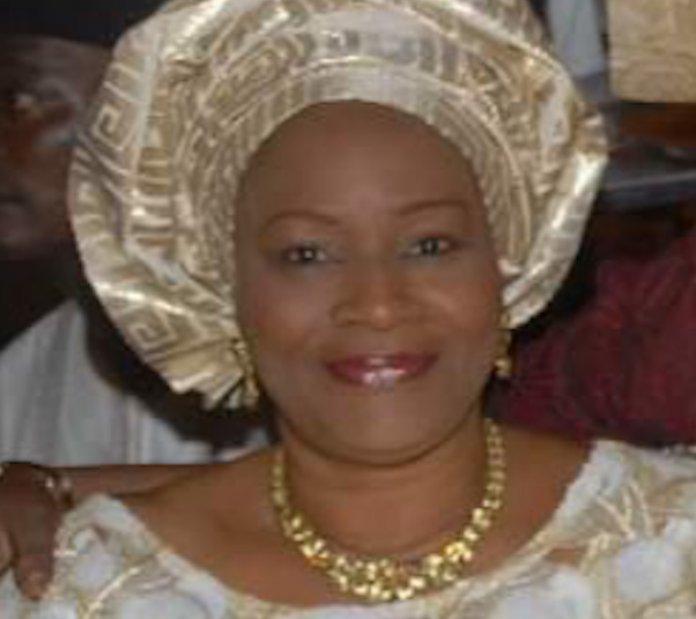 One of the wives of the late Chief M.K.O. Abiola, Mrs Adebisi Abiola yesterday in Lagos said that she and other members of the family were trying to persuade the police to release on bail two sons of the late politicians currently detained by the police
In a statement issued by a counsel to the Abiola’s family and widow, Mr. Debo Adeleke, Abiola’s widow said other members of the family were already making efforts to secure the release of Kasim and Aliu who were arrested on suspicion they had a hand in the robbery before the police were served with the suit.

According to the statement, Kassim Abiola and Aliu Abiola were arrested by the police because of their conduct during the investigation.
She explained that her steps sons were arrested for alleged unruly behaviour which roused suspicion of possible complicity in the September 2 robbery incident in the MKO house before the police were served with the court’s process of a suit filed by her step sons.
She also described as wrong and ill advised the fundamental rights enforcement suit filed by Kassim and Aliu.

The lawyer also said reports based on the fundamental rights enforcement suit filed on behalf of Kassim and Aliu by the respected Chief Mike Ozekhome (SAN) were untrue.
He described the late MKO Abiola as an icon who “paid the supreme price in sacrificing his life for Nigeria.”

He said the entire members of the Abiola family thereby pleaded passionately with the public, particularly the press to be wary and cautious of any publication regarding the Late Chief MKO Abiola’s family so as not to dishonour and disrespect the memory of the late sage.”
The lawyer said Kassim and Aliu Abiola were arrested by the police during investigation of the robbery because of the auspicious manner they responded to questioning by the police.

He wrote: “It is on record that while the policemen were interviewing the family members, Mr. Kassim Abiola conducted himself in a very rude, ungentlemanly, provocative, embarrassing and suspicious manner and all efforts by other members of the family to make him act in a responsible manner failed.

“It is further on record that Mr. Kassim Abiola did not only throw tantrums at the police but equally threatened to deal ruthlessly with one of the senior police officers whom he (Kassim) claimed to know personally to the extent of describing the said senior police officer’s car and the location where he will deal with him.

“These unguarded vituperations and violent conducts by Kassim infuriated the police and he was subsequently invited for further interrogation for demanding the reason for the presence of the police men in his father’s house.

“lt is equally noteworthy to mention here that his junior brother, Aliu Abiola joined him in his tirade of abuse against the policemen who were only trying to interview them and all other persons at the residence with a view to investigating the crime.

“The police subsequently arrested Mr. Kassim Abiola, Mr. Aliu Abiola and seven others for further questioning regarding the investigation of the robbery incident which the police suspected to have been carried out through the active connivance of a member of the family or staff considering the ease with which such an ugly armed robbery incident was carried out.”

He said it was highly inconceivable, preposterous, ridiculous, absurd and malicious to claim that Chief Adebisi Abiola was instrumental to the arrest of Kassim and Aliu Abiola simply because they were her step sons.
According to him, at the time of the incident and during the interview, Chief Adebisi Abiola and her daughter who are the victims of the crime were visibly disoriented, petrified and disillusioned.

He said: “The duo was completely oblivious of the identity and numerical strength of the people invited by the Nigeria police from the late Abiola’s household as at the time of arrest.

“It is a fact which is equally known to some members of the family that as soon as Chief Adebisi Abiola became aware of the arrest of her step sons and one Mr. Popoola who has been a loyal, tested and trusted personal staff of over 20 years, she started making frantic efforts for them to be admitted into administrative bail by the Nigeria police, but the police insisted to be allowed to investigate the crime and not interfere in their investigation.”