The Nigerian National Petroleum Corporation (NNPC) yesterday defended the federal government’s decision to remove the subsidy on petrol, insisting that allowing market forces determine practices was in the overall interest of the poor.

Group Managing Director of the corporation, Malam Mele Kyari, who spoke when he appeared on a live TV programme last night, posited that petrol subsidy was corruption-ridden and only served the interest of the elite.

Kyari said the move to deregulate the market took a long while because it was difficult convincing President Muhammadu Buhari to sign off on the move because he (Buhari) was worried that the poor would be negatively affected by higher prices.

He said: “Petroleum subsidy has been a big issue for over 20 years. Every corruption you are aware of in the downstream sector of the industry is in one way or the other connected to fuel subsidy.

“Several licences were given to people to build refineries across the country and none could deliver, maybe only just a few. The reason is very simple because people are not sure when you produce petroleum product what price they are going to sell.

“Because we know that those prices are not market-determined and there will be a subsidy element in it, everybody failed to deliver on it. The end result is that this burden is left to the NNPC and the government as a whole.”

The NNPC boss argued that the anger being expressed by the people due to the growing prices of the product may be justified but noted that it was grossly misplaced.

“Government has to provide for that gap that exists. It’s easy for people to get angry that prices have gone up. Just like other commodities because there can be challenges that people will naturally face,” he said.

According to him, the brunt of the sleaze in the subsidy system was borne by the poor who he said are being misguided by the elite who are gaining from it.

Kyari said: “Only a Buhari regime can make this decision. People will not appreciate the fact of the lost opportunity because you are spending an enormous amount of resources, over N10 trillion spent in the last eight to nine years, all trying to service that. That also includes the element of forex lost to it.

“Subsidy is an elitist thing. Only the elite have three, four, five cars. They have many cars in their houses and fill their tanks. The ordinary man loses in infrastructure, hospitals are not built, and schools are not built. Ultimately, the brunt of corruption is borne by the ordinary man.
“Overall they lose everything and get nothing. The anger is coming from those who are not aware they are being cheated. They are being engineered to do those things.

“The outburst is understandable but misplaced because Nigerians are not aware of the opportunities lost.”
On why the president delayed before approving subsidy removal, he said: “The reason it took that long is the persuasion of the president who is a pro-people president. He shares this personally that ordinary people should not suffer because of the acts of people in government or institutions.”

Kyari further disclosed: “There’s a difficult conversation in government to see how we move from this situation to a situation of reality without hurting the ordinary people, adding that “until very recently, the president was not convinced that we should make this move.
“It’s clear we can’t afford it anymore. Ordinary people deserve more infrastructures. We need to free up resources. It was a difficult decision for the president but it will unleash activities in the sector.”

He maintained that with the decision, more jobs would be created, more schools would be built, stating that the long term benefits outweigh the immediate pain.

Asked if there were palliatives to cushion the impact of the hike in fuel prices, the GMD noted that with the economic sustainability programme, small scale businesses, among others, will have access to about N2.7 trillion.
He said the national oil company was engaging the Central Bank of Nigeria (CBN), adding that “within a very short time, oil marketing companies will have access to forex just like the NNPC.”

He said currently, all the four refineries have been shut down deliberately because “delivery of crude oil is challenged and compromised,” and can’t function at full capacity.

Kyari explained that the corporation was conducting full rehabilitation and would, thereafter, operate a Build, Operate and Transfer (BOT) model.

Meanwhile, major marketers yesterday listed the gains of the deregulation policy, which include making Nigeria the refining hub for West and Central Africa and a net exporter when the policy blossoms.

The marketers spoke against the backdrop of the deregulation and liberalisation of the petroleum downstream sector, which has made the federal government hands off petrol price-fixing with the marketers determining the cost of the commodity.

However, the National Chairman of the Peoples Democratic Party, Prince Uche Secondus, has restated opposition to the policy that has triggered a higher price regime for petrol, accusing President Muhammadu Buhari and the All Progressives Congress (APC) of failing Nigerians.
But the ruling party took on the PDP and former Vice President Atiku Abubakar, who had earlier faulted the high petrol price under deregulation, saying they were being hypocritical in their assessment.

The marketers, under the aegis of Major Oil Marketers Association of Nigeria (MOMAN), stated in a statement yesterday that the new federal government’s policy on alternative energy as well as the coming on stream of new modular refineries would help in actualising the national dream.
The Chairman of MOMAN, Mr. Adetunji Oyebanji, who issued the statement, also said deregulation could help Nigeria to shift to alternative energies such as gas and solar energy.

He said Nigeria must ensure the development of green alternative energy sources and encourage the people to use it.
According to him, cheaper and cleaner alternatives to petrol and diesel must be provided to the public, especially as full deregulation of the Nigerian petroleum downstream sector commenced.

Oyebanji added that the association was also supporting the gas initiatives of the federal government and keying into the autogas policy to give Nigerians a cleaner and a greener alternative to power their automobiles, homes and other equipment.
“The idea of deepening the use of gas comes at a very auspicious time as we grapple with increasing petrol prices due to the deregulation of the petroleum downstream sector,” he said.

He stated that the imperative to develop CNG and cooking gas as alternatives to petrol and other fuels had never been more critical, especially with the recovering crude oil prices and the rising demand of refined products ahead of the winter months in Europe.

The statement said: “Using other countries where gas has been adopted and integrated as an alternative auto fuel as case studies, gas requires government support and interventions to take root. The gas value chain is awash with opportunities for new investment, skills development and enhancement of our local public transportation infrastructure.

“Clear policy directives and legislative framework aimed at generating demand, as well as Customs duty and tax waivers will be required and fast-tracked to jump-start the sector and attract investment into the gas space.
“Nigeria, being a gas country must be able to benefit locally from its abundant gas reserves and transfer the advantages to the Nigerian consumer.”

Secondus yesterday said Buhari and the APC have failed Nigerians with the deregulation policy that has made petrol to be costlier.
He said the PDP under his leadership identified with Nigerians who have been exposed to hardships, poverty, hunger and death on account of the government’s failure to fulfill its campaign promises to protect lives and livelihoods.

The PDP national chairman was addressing party supporters in Abuja.

The PDP members were in Abuja to protest the hike in the pump price of petrol and electricity tariffs as well as the rising cost of living.
Secondus said: “When they were looking for power in 2015, they promised to provide jobs for our youths, they promised to reduce the pump price of petroleum products and protect lives and property. What do we have today? When they took over, a bag of rice was N18,000 today, it is N35,000. Is this progress?”

He advised the administration to admit its failures and make policies that will encourage a private sector-driven economy as a way out of the current national quagmire.

He said the recent increase in the pump price of petrol was unjustified, noting that the same regime promised to fix refineries but has reneged.
Secondus also said it was laughable that the government and its enablers gathered together at the Villa on Tuesday to “clap for themselves” over unverifiable claims of achievements.

But the APC in a statement signed by the Deputy National Publicity Secretary, Mr. Yekini Nabena, said the PDP and Atiku were being hypocritical in their assessment of issues relating to the increase.
Nabena said: “The PDP and Atiku’s reactions to what has been adjudged inevitability by many experts clearly depict the height of hypocrisy demonstrated by them on many issues relating to the progress and wellbeing of Nigeria.

“The PDP’s outburst indeed exposes once again its real fraudulent character and plot to patronise Nigerians and make them suffer in perpetuity by keeping a fraudulent subsidy arrangement that feeds a few individuals at the expense of the masses.” 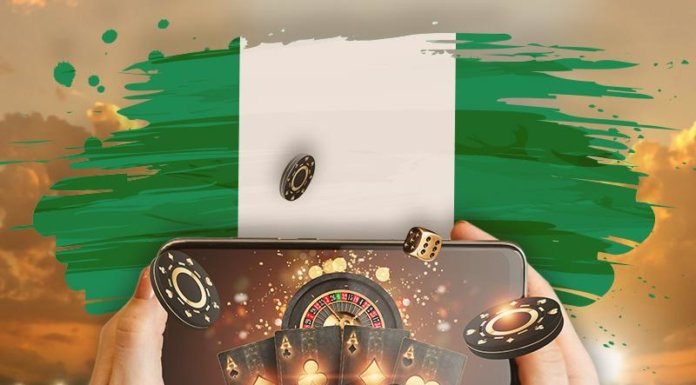