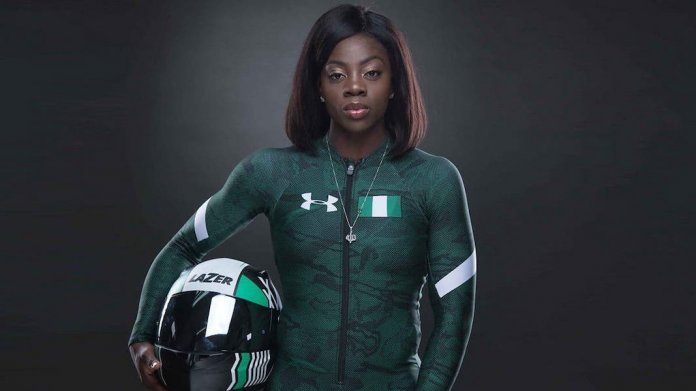 Adigun, Ngozi Onwumere and Akuoma Omeoga were the three women who put Nigeria down in history as Africa’s first bobsleigh team at the last Winter Olympics in Korea.

Speaking during an event to commemorate the World Malaria Day, CEO of the RBM Partnership to End Malaria, Dr Abdourahmane Diallo, said malaria does not stop devastating lives during health emergencies and still kills a child every two minutes, adding, “Indeed, experiences from the Ebola outbreak in West Africa show it can resurge in times of crisis with immediate and deadly consequences. Covid-19 has exposed weaknesses in health systems around the world and, with lives at risk and resources increasingly stretched; long-term malaria investment alongside short-term Covid-19 response is essential, smart, and cost-effective.”

The stars filmed themselves wearing a face mask whilst talking about the vital importance of tackling malaria and saving more lives during the pandemic, creating a striking image of Covid-19  and malaria together – a visual representation of seeing the Bigger Picture.

Malaria is one of the world’s oldest and deadliest diseases, transmitted by mosquitoes, which still kills an average of over 400,000 people annually – over 90 per cent of them in Africa. An estimated 228 million long-lasting insecticidal nets (LLINs) were due to be delivered across Sub-Saharan Africa this year – more than ever before – but severe disruptions to life-saving net campaigns and limited access to antimalarial medicines as a result of Covid-19 could potentially result in a doubling of the number of malaria deaths in the region compared to 2018, according to recent modelling analyses by the World Health Organization (WHO) and Imperial College, London.