A group, Democracy Action Vanguard, on Sunday, called for the arrest and prosecution of a former chairman of the All Progressives Congress (APC) in Ondo State, Mr. Isaac Kekemeke, for allegedly threatening that the ruling party would deploy thugs and federal might to crush the opposition in the forthcoming governorship election in Ondo State.

Kekemeke, one of the APC governorship aspirants who recently reconciled with the candidate of the party in the October governorship election and incumbent governor of the state, Mr Rotimi Akeredolu (SAN), had reportedly in a recorded video allegedly threatened that the ruling APC would deal ruthlessly with the candidate of the Peoples Democratic Party (PDP), Mr. Eyitayo Jegede (SAN).

He was alleged to have said,”We will use NURTW members and thugs loyal to us (APC) to win this election at all costs. Eyitayo (PDP candidate) is only crying foul that they tore his posters in town. He has not seen anything yet. Governor Rotimi Akeredolu is the only one dealing with him now he has started crying. When the Federal Government arrives the state for the election, he will run away.

Reacting to the video, Democracy Action Vanguard, in a statement signed by its national coordinator, Mohammed Alhassan, and made available to newsmen in Abuja, called on the Inspector General of Police, the Department of State Services and the National Intelligence Agency (NIA) to arrest, investigate and initiate prosecution proceedings against the APC chieftain and his collaborators without delay.

According to the group, it is brazenly illegal and provocative for a ruling party to threaten violence and the use of federal might to win elections in the country.

The statement said: It is indeed unfortunate that 21 years into the restoration of civil rule, a high-ranking member of APC, a party which got into power through the electoral reforms initiated by the past PDP administration, would turn around to threaten fire and brimstone on the opposition in the desperate bid to win the October 10 poll in Ondo State at all costs.

The threat is in fact doubly unfortunate given the fact that the mindless violence that characterized the 1983 governorship election in Ondo State was one of the major factors that led to military rule and the abolition of the Second Republic, a tragedy for which Nigerians paid dearly.

“Kekemeke must explain APCs plans to intimidate the people of Ondo State and rig the October 10 governorship poll. It is instructive that he mentioned the Kogi State governor, Yahaya bello, while threatening to deal with Eyitayo Jegede in Ondo State. All those mentioned in the video, including Yahaya Bello, should be quizzed.

“The verdict of history is clear and if a drop of blood is shed before, during the election, Nigerians should hold Kekemeke, his party and his goons responsible. We invite the security agencies and the international community not to take this threat to unleash mayhem on the good people of Ondo State with levity”, the statement said. 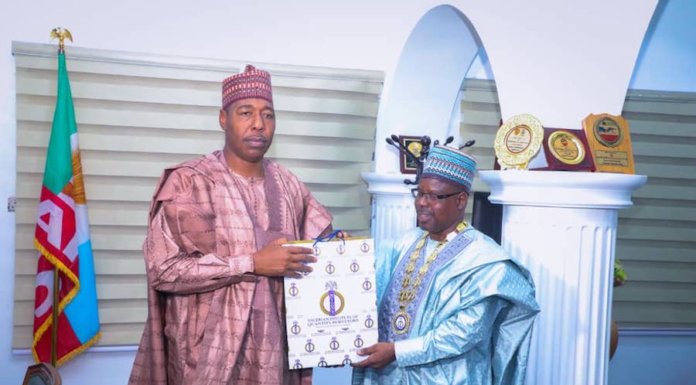