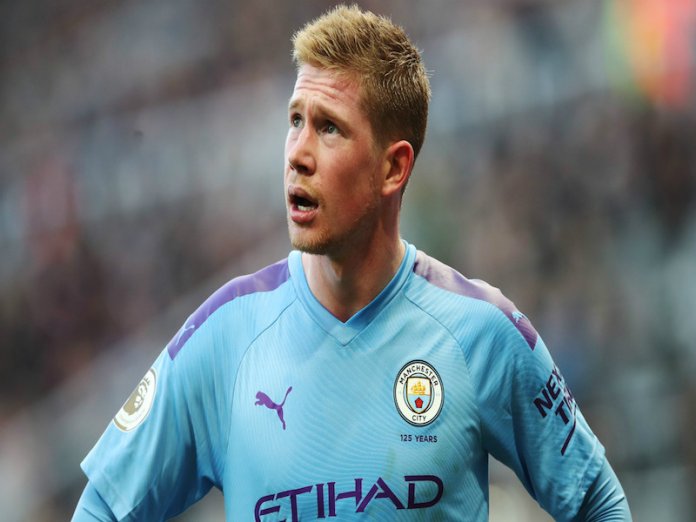 Manchester City midfielder Kevin de Bruyne has been named the Premier League player of the season.

The 29-year-old scored 13 goals as City finished second in the top flight behind champions Liverpool.

He is the third Belgian in the past nine seasons to win the award after Vincent Kompany and Eden Hazard.

The winner was decided after votes from the public on the EA Sports website were combined with those of the 20 Premier League club captains and a panel of football experts.

On Saturday, Liverpool boss Jurgen Klopp was named the Premier League manager of the season.

City, who finished second in the Premier League, end the season with the EFL Cup as their only major trophy.

City have lost to Monaco in the last 16 and then against Liverpool and Tottenham in the quarter-finals of the Champions League in Pep Guardiola’s time in charge.

“The first half wasn’t good enough. In the second half we played well and had them under pressure,” De Bruyne said. “We were more offensive. Lyon didn’t really create but we need to learn,” concludes the Belgian.