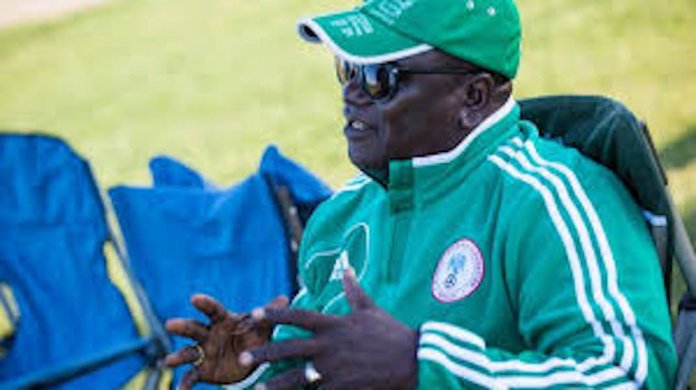 Head Coach of Nigeria’s U-15 Boys’ National Team (Future Eagles), Mr. Danladi Nasidi is dead. The Coach died in the early hours of Wednesday and was buried same yesterday according to Islamic rites.

Nasidi, who was born on 1st January 1952, hailed from Niger State, and was among the elite corp of coaches in the country who had the CAF ‘A’ Licence.

In 1994, he rescued Lagos darling team, Stationery Stores from certain relegation, and was Head Coach of the National Team of Gabon in 1986. He coached Niger Tornadoes of Minna for several years before he was appointed a national youth team coach.

He led the country’s U-15 boys to silver medal finish at the African Games in Algiers two years ago. He was First Assistant to Head Coach Ismailia Mabo as the Super Falcons reached the quarter finals of the FIFA Women’s World Cup in USA in 1999.

In a condolence message to the family of the late Coach, Chairman of the NFF Technical and Development Committee, Alhaji Yusuf Ahmed ‘Fresh’ paid glowing tributes to the one-time assistant coach of the Super Falcons, saying “Nasidi gave his all for the nation and served passionately, diligently and creditably in every role he found himself.

“It is a very sad day for Nigeria football, because Nasidi has been playing a huge role in grassroots development programmes for our football. He was very passionate about youth football and has moulded our U15 boys into a solid and formidable unit over the years. We will surely miss him.

“He was someone who evinced passion for youth and development everytime and everywhere you met him. I am crestfallen. When I started my journey into football administration, Nasidi was one of the coaches who spurred me into investing in grassroots development. His passion was infective,” the NFF board member mourned.

Fresh who also doubles as chairman of Niger State FA added that he never regretted going into grassroots football development with Nasidi by his side.

“I never regretted our relationship and my foray into grassroots development. Late Danladi Nasidi was a good man inwardly and outwardly and while we loved him, God loved him more.

“On behalf of the Nigeria Football Federation and the Nigeria football family, I pray to God to grant late Nasidi eternal rest and also grant all those he has left behind the fortitude to bear the big loss,” concludes ‘Fresh’.