Says no conflict of interest

The Chairman of the Financial Reporting Council of Nigeria (FRC), Mr. Adedotun Sulaiman, has responded to the controversy trailing his dual roles as the Chairman of the Cadbury of Nigeria Plc and FRC, which some analysts believed could result in a conflict of interest.

He told THISDAY yesterday there was no cause for worry as he made a full disclosure of his directorships in many companies, Cadbury Plc inclusive, when he was approached to chair FRC.

He said: “My role on the board of the Cadbury Nigeria and my role on the board of several other companies were fully disclosed, discussed and agreed on (with the appointing authorities) before I accepted to do the FRC job.”
He added that if any circumstance that would lead to a conflict of interest arises, “I will do the proper thing and what is right. I will never do anything that will be to the detriment of any interest that I represent – whether it is the FRC as Chairman or as the chairman of the Cadbury Nigeria.”

Also responding to a question about whether he would recuse himself as the chairman of the FRC or that of Cadbury Nigeria or both if any governance issue that would lead to a conflict of interest should arise, he said: “Let us cross that bridge when we get there.”

Sulaiman, who would not want to be dragged into the ethical arguments about the two appointments he is holding simultaneously at the FRC and the Cadbury Nigeria, which is being raised by concerned stakeholders in the Nigerian financial circle, told THISDAY that there are two facts he would want Nigerians to take note of.

He said: “I do not have an opinion but there are two facts that you need to know. Number one is that I have been on the board of the Cadbury Nigeria for 11 years since 2009 before I became its chairman this year.

“But I became the chairman of the FRC in 2017. The difference between being a board member and being a chairman does not change the subject of what you are talking about.

“If there has been an issue that issue must have existed prior to my taking over as chairman of Cadbury Nigeria. But don’t forget that the chairman is just the first among the equals on the board of a company. That is the fact.
“So, nothing has changed only that I have been made chairman of Cadbury. Other than that, I have been a substantive director in the Cadbury Nigeria since 2009.

“The second fact is that when I was approached, and that is the thing people do not know because not every person that holds government appointment lobbied for it, in the discussion with the appointing authority I made it very, very clear by disclosing all my directorships. Cadbury is just one of the many directorships I am holding. And I (insisted that I) will not take it unless they accepted that I will be doing what I have been doing in addition to the FRC job.”

Sulaiman, who is a management consultant and expert in organisational development and enterprise transformation, told THISDAY to direct its enquiries to the appointing authority if it needed more information.

“The starting point, therefore, if you want to do investigative journalism is to go back to the appointing authority and ask if there has been anything that has changed from being a director to becoming chairman of the same company in respect of them (the appointing authority) entrusting me with the role they asked me to do (at the FRC)?”
THISDAY had exclusively reported yesterday the concerns of stakeholders in the financial sector over Sulaiman’s dual roles in the FRC and the Cadbury Nigeria Plc.

The stakeholders had expressed concerns that the FRC might not be able to impartially determine cases involving Cadbury Nigeria on account of Sulaiman’s dual relationships with the two organisations. 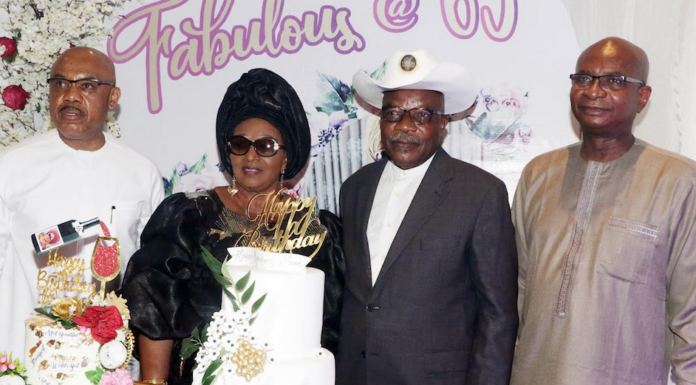