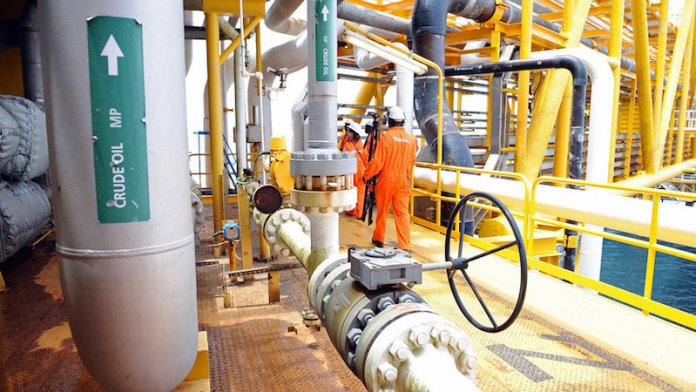 In a recent gathering of business leaders and industry experts, participants deliberated on how companies, especially oil-related ones, can survive the current challenges in the global oil market, writes Emmanuel Addeh

It was a gathering of different persons from different industries, diverse races and a litany of opinions on how to weather the present storm in the oil market, given the much talked about fading relevance of the commodity globally.

During the conference, participants agreed that the industry has to adapt to new and creative ways to tackle the emerging issues.

For instance, the federal government’s representatives stated that it was impossible for revenues from crude oil to fund the current budget because of the impact the crisis in the international market has had on the supply and demand for the product.

The government noted that the crisis had led to uncertainties in terms of expected accruals meant to run its activities and develop the country, noting that for that reason it was “doing things differently” to limit the full effect of the challenges in the global oil market on the country’s economy.

Speaking during the Seplat Energy Summit 2020, tagged “Business Sustainability and Strategic Leadership in Africa” organised by the oil company, the Minister of State, Petroleum, Chief Timipre Sylva, lamented that the earnings from taxes had been drastically affected by the economic setback.

However, the government expressed optimism that prices had begun to rise because of efforts to rebalance supply and pledged to adhere to cutting 1.412 million barrels at the end of the current output curbs as directed by the Organisation of Petroleum Exporting Countries (OPEC).

“Oil and gas revenue can’t fund government budget, but its not a death sentence but a time to do things differently.

“Oil prices went down to 10 dollars due to a global supply glut. It created uncertainties, leading to contract cancellation and deferments resulting in huge losses, cutting employment and taxes to government.
“This has significantly impacted the Nigerian economy. Nigeria also joined OPEC to rebalance oil prices. Now prices have risen to about 43 dollars. Nigeria is expected to comply by 1.412 million barrels per day for May , June and July,” Sylva said.

He reiterated the ministry’s objective to cut down production cost to $10 per barrel and an overall cost reduction of at least 30 per cent.

“We are working on $10 per barrel without jeopardising growth. Through the NNPC, we have rolled out strategies to get to that $10, plus 30 per cent cost reduction.
“We have declared the year, a year of gas to ensure domestic penetration of LPG. The nation has enormous gas reserves. When explored it will increase power generation and help associated companies like those producing fertilisers” he noted during the Webinar.

The minister also lauded Seplat for its steadfastness in a very challenging industry, stressing that the company operates seven drilling rigs concurrently, highest in Africa at the time and increased production from 10,000 barrels to 60,000 in addition to currently managing three flow stations.

He lamented that Nigeria remains a net importer of petroleum products upon all the resources at its disposal, but said that the industry remains one with vast opportunities.

“Ours is a global industry, but we need local skills which will contribute to economic growth. We are bringing down cost, but not at all cost. We are doing it in such a way that where we can’t produce we don’t need to operate it. That’s the principle.

“Companies shut down when they can’t produce sustainably. We will deal with issues of expectation of our shareholders. The three million barrels is achievable although we are committed to the OPEC cut. It is in the best interest of the market” he said.

“We are working on the Trans Africa gas pipeline to Morocco and expand the West Africa gas pipeline.
“The world is transiting. But even that is not a challenge because by 2040, we will still have oil and gas constituting up to 70 per cent of the energy mix. All we need to do is to be more competitive.
“Africa is the next destination for businesses, but we can’t sustain the current structure. We need to incorporate the Nigerian content but it comes at a cost. That cost has to be managed so it doesn’t impact negatively on our shareholders.”

He maintained that with a deregulated downstream sector, companies and investors can now predict the price of petroleum and work around their margin.

Kyari, noted that the NNPC was working to support the Dangote refinery which he described as a, “game changer,” which can produce up to 82 million litres of gasoline, not just for Nigeria but the entire West Africa.
According to a report, Nigeria will contribute 25 per cent to the total population in Africa by 2040 and what we can do is to make our operating market competitive by bringing down the cost and production and focus on the business of gas,’ he said.

The NNPC boss restated the determination of the government to get the refineries working again, although he said in a different forum that they will henceforth be privately managed.

“All four national refineries are down at the moment but we are working round the clock to see how we can fix them. We will also continue to support the completion of the Dangote refinery and create space for local skills to come into play so as to reduce cost and contribute to economic growth.
“We remain committed to achieving our target of increasing crude oil production to the national target of three million barrels per day and reserves of 40 million barrels,” he reiterated.

In his intervention, the President, African Export-Import Bank, Prof. Benedict Oramah, said the future of the African continent as regards the oil and gas business lies in ensuring more integration.

“Some of the changes we would like to see happening is in regards to policies and regulatory changes, investments in gas and renewable energy space because they are key to changing the narrative of oil and gas business in the African continent.

“We have to be smart as to how we address climate change to create a fair world and solve degradation as sustainability goes beyond social issues because development is done by carrying everyone along but petroleum, gas, renewable energy needs to be done in a cleaner way,” he noted.

The Executive Secretary, Nigerian Content Development and Monitoring Board (NCDMB), Mr. Simbi Wabote, who appeared on the panel which discussed, “The impact of Global Energy Transition on African Economies,” congratulated Seplat on surviving the industry in the last 10 years.

“Seplat is a poster child of local content development in Nigeria. I want to congratulate its chairman, Dr. ABC Orjiako for having been steadfast to steer the ship to what we have today” he said.

In his opening remarks, the company’s Chairman, Dr. Bryant Orjiako had declared that the event would be an annual platform for the company to continue to shape the narrative on relevant issues in the energy sector.
According to him, the company has been a trail blazer for indigenous participation in the oil and gas sector in Nigeria and had since recorded historic accomplishments in various aspects of its business.

He said: “We have grown our operations, our reserves and became the first company to be listed on both the Nigeria and London Stock Exchange.”

Also, erstwhile Chief Executive Officer of the company, Mr. Austin Avuru, attributed the company’s success to its passionate commitment to the highest standards of corporate governance standards as well as an unwavering focus on sustainable value creation for stakeholders.

“We are very strong on corporate governance, structure and zero tolerance for unethical practices”.
In his comments, the new CEO of Seplat, Mr. Roger Brown, said the summit remains a crucial platform to debate challenges and solutions for the transition to a future sustainable energy system in Africa.

Joe-Ezigbo said: “We need to leverage on Africa’s over 527 TCF proven natural gas reserves and use that side by side complementary to building up our renewables profile as well which Nigeria should be championing”.

Chairman, Corporate Social Responsibility Committee, Seplat board, Lord Mark Malloch-Brown, in his comments, said the African energy market remains a growing one which should focus on renewable resources.

“Africa is right up there as one of the most dynamic growing markets, also the continent has some of the most important potential renewable assets in the world,” he said.