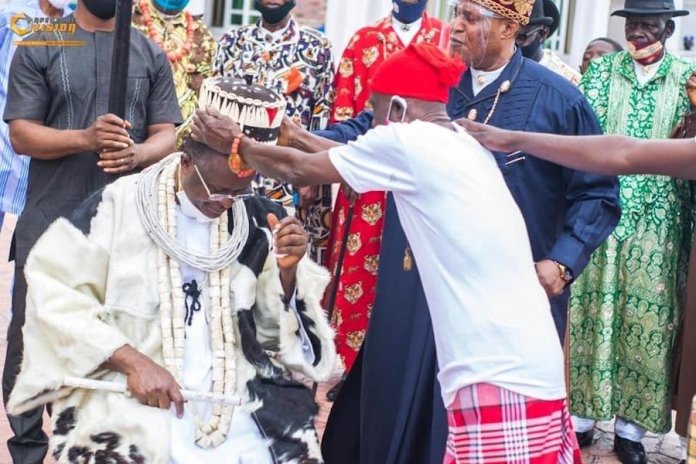 In what started as a call to leadership some time ago in accordance with Eleme tradition, following the yearnings of the majority of the people of Eleme Kingdom, HRH Appolus Chu was found worthy of and capable of being able to solve the problems bedevilling the Eleme kingdom.

Nchia Council of Chiefs and Elders had on April 20th of this year met and selected King Appolus Chu to replace King Philip Osaro Obele following his voluntary resignation as Oneh Eh Nchia.

Although the selection was done in the absence of King Appolus Chu who was held down in Lagos state as a result of the abrupt lockdown and movement restrictions, King Chu has finally resolved to answer the call to the leadership of Nchia people after numerous consultations. And so, upon arrival recently, he performed the traditional rites of acceptance.

Presenting the traditional drink which symbolises the stool of Oneh Eh Nchia to His Royal Highness Appolus Chu, the leader of the Oneh Nchia selection committee and paramount Ruler of Ekongor community in Alesa Nchia Eleme, Chief Peter Olukanwi declared that they have fulfilled the customary demands to select a new Oneh Eh Nchia and further described King Appolus Chu as the most fit to occupy the stool following the task ahead while praying for the success of his reign as Emere Nchia.

Accepting to ascend the stool of Oneh Eh Nchia, Appolus Chu, the Egbere Emere Okori Eleme and Paramount Ruler of Ogale Kingdom, called for the unrelenting and untiring support of the people and the Nchia council of Chiefs and Elders as he will not succeed in the task ahead without the people.

High point of the event was the immediate coronation of King Appolus Chu as the Oneh Eh Nchia (X), by the Nchia land priests led by Chief Olaka Igwe.

Paramount Ruler of Alesa clan, HRH Prof. Isaac Eyi Ngulube during the ceremony charged King Appolus Chu to accord the stool given to him the due seriousness as his selection was purely predicated on his known capacity to deliver and rescue Eleme from eventual collapse.

“I want King Appolus Chu to take this stool given to him with all gravity and seriousness because before him, we have not seen people who are prepared and ready to take Eleme forward. Not just about being a chief and sitting in one place while the people are perishing, encroaching all around us, people are over running us and the chief does nothing and says nothing. That era is in the past. This time we want a pragmatic leadership that will speak for the Eleme people anywhere and everywhere”, Ngulube said.

He expressed optimism that the challenges of Eleme have come to an end with King Appolus Chu at the helm of affairs of Nchia.

Also speaking after the coronation, Chief Harrison Onungwe, the paramount Ruler of Mbumaeta community in Ogale, Nchia Eleme hailed the selection and coronation of King Appolus Chu as Emere Nchia and described him as a square peg in a square hole.

It is believed that Eleme kingdom which has wallowed in series of insecurity, traditional abuse, external intimidation, cultural decay, land encroachment, gradual language effacement, community displacement and many more as a result of insensitive leadership system, appears to have a glimpse of hope as the land priests of Nchia installed HRH Appolus Chu the Oneh Eh Nchia (X). 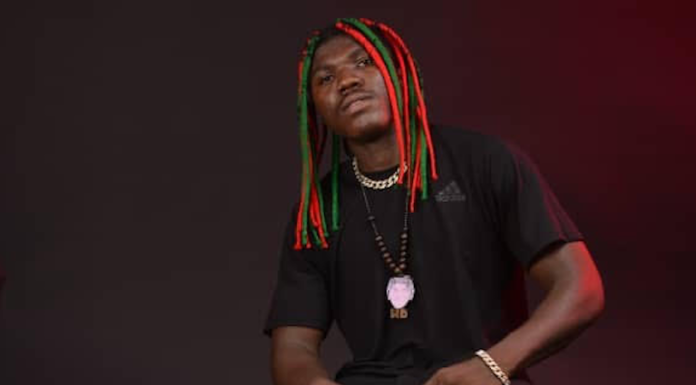