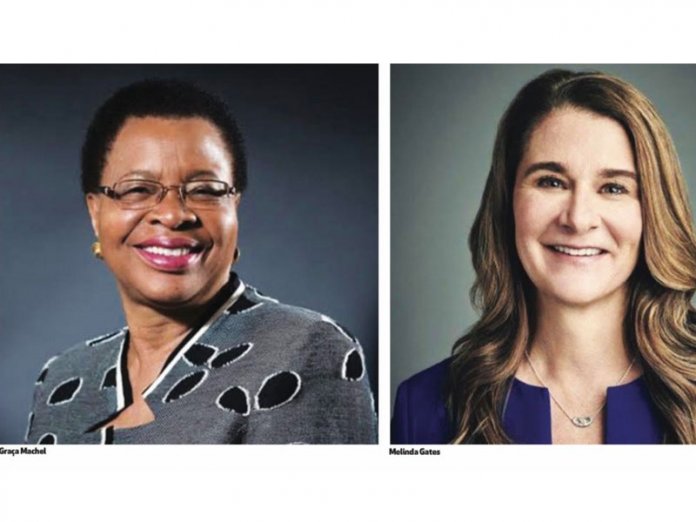 The world has experienced unprecedented social and economic shocks during this COVID-19 pandemic  and the widespread regression in almost all sectors has been one of the most notable effects of the viral outbreak.

While nations battle to contain the pandemic, another worrisome circumstance is that  COVID-19 has unearthed massive inequalities within our societies and reinforced the unique burdens which women carry the world over.

For women who comprise 1.5 billion of the world’s low-wage workforce and twice as many of its carers, it is perhaps ironical  to state that they are the most vulnerable to the economic and health crises that unfold in the wake of the COVID-19 pandemic, but it’s an unfortunate reality.

As initially reported by THIDAY, before the pandemic, a majority of women worked as low-wage workers in the manufacturing, service and informal sectors. Unfortunately, these low-wage employments lack a social safety net such as paid sick leave, parental leave, or retirement contributions to cope with the economic shocks of the ongoing pandemic. As a result, girls are now vulnerable to early marriages in order to relieve the family of another mouth to feed; women are facing greater financial barriers and sexual violence has become rampant.

According to experts, to ensure that women do not slip further into poverty and marginalisation, efforts taken by public and private stakeholders must take into consideration these seen and unseen costs. This is backed by reports by global research which suggests that women’s financial inclusion and empowerment has positive benefits for the family and society at large.

Given the way these inequalities have come to the front burner, especially now that Africa undertakes its reconstruction efforts from the ongoing COVID-19 pandemic, Graça Machel and Melinda Gates, two powerhouses, recently held a webinar where they delivered a powerful call to action for public and private sector leaders.

The webinar recently took place on Africa.com and Zoom and the conversation was moderated by Africa.com CEO, Teresa Clarke. According to the objectives of the webinar, COVID 19 has unearthed massive inequalities within our societies and brought to glaring light the unique burdens which women carry the world over.

For Founder of the Graça Machel Trust and the Foundation for Community Development and one of the world’s leading advocates for women’s and children’s rights, her thoughts on the impact of the pandemic on women and girls were better captured in a paper she launched exploring how the COVID-19 pandemic has exploited pre-existing inequalities and drastically impacted women’s lives and livelihoods.

In the recently penned open letter, she called on governments, development agencies, and private sectors to take bold actions to mitigate and drive meaningful reconstruction efforts. “We have been presented the opportunity to reimagine and redesign our society into a vibrant and equitable one”.

Also, Gates, who is the co-chair of the Bill & Melinda Gates Foundation, made the case that to recover fully from this pandemic, leaders must respond to the ways that it is affecting men and women differently.

In the paper, titled “The Pandemic’s Toll on Women and Girls,” she put forward a set of specific, practical policy recommendations that governments should consider in their pandemic response-to improve health systems for women and girls, design more inclusive economic policies, gather better data, and prioritise women’s leadership.

Writing in the paper, Melinda described how previous disease outbreaks, including AIDS and Ebola, tend to exploit existing forces of inequality, particularly around gender, systemic racism, and poverty. “The broader impacts of this crisis are having a disproportionate impact on women and girls.

“In Africa, for example, women account for around 40 per cent of COVID-19 cases. However, African women and girls are disproportionately affected by reduced access to health care services and are at greater risk of gender-based violence. Women make up the majority of workers in the informal sector, which leaves them at greater risk of losing their income”, she added.

Describing the impact of stretched health systems on maternal care, she  noted that in low- and middle-income countries, cutbacks could claim the lives of up to 113,000 women, adding that “we know from the past that this threat is real. During the 2014 Ebola epidemic in Sierra Leone, the number of mothers and babies who died during or after childbirth was higher than the number of deaths from the Ebola virus.

“That is what epidemics do: they not only overwhelm immune systems; they also overwhelm health systems. And because the parts of those systems devoted to caring for women are often the most fragile and underfunded, they collapse first and fastest”.

The paper called on leaders to ensure that women and girls are not left behind in the world’s response to COVID-19, just as it urged policymakers to recognise the opportunity to replace old systems with new and better ones, outlining practical recommendations around health, economics, and decision-making that could help build a more equal and prosperous future.

Some of the recommendations she made include making maternal and reproductive healthcare an essential service, protecting the contraceptive supply chain, and using the pandemic as an opportunity to integrate women’s healthcare.

Gates also highlighted the importance of designing emergency economic relief programs that reach women who need them the most and ensuring women’s voices are included at all levels of decision-making in the response to this crisis.

In conclusion, she posited that “this  is how we can emerge from the pandemic in all of its dimensions: by recognising that women are not just victims of a broken world; they can be architects of a better one”.

This webinar is the twelfth episode of the Crisis Management for African Business Leaders series, developed in partnership between Africa.com and faculty from Harvard Business School. The series is supported by Standard Bank.