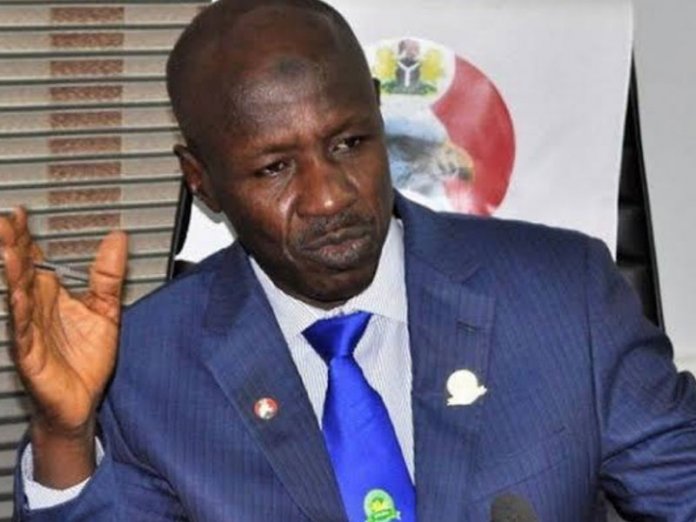 Magu spoke through his lawyer, Mr. Wahab Shittu, and said he remitted N329 billion recovered from fuel marketers direct to the NNPC.

He also dismissed an allegation that he falsely declared his assets, saying the Justice Ayo Salami-led presidential panel, probing allegations of malfeasance against him has never confronted him with such an allegation.

Shittu added that his client would henceforth respond to every allegation against him “point by point.”
Shittu said in a statement yesterday that the suspended EFCC chief denied misappropriating funds recovered for the NNPC.

He said the allegations against him bordered on matters that were never brought before the panel set up by President Muhammadu Buhari to probe the activities of the EFCC under him.

He added that the allegations were prejudicial to the proceedings of the panel.

Shittu said: “Take notice that our client can no longer fold his hands in the face of these sustained malicious attacks to prejudge him in the public space. Our client will henceforth, point by point, reply to all false allegations orchestrated against him in the public space on a daily basis as well as present his comprehensive defence for the world to see.

“This is without prejudice to the willingness of our client to defend himself in the ongoing proceedings at the Presidential Investigation Panel.

“The truth of the matter is that well over N329 billion recovered by EFCC under our client’s watch was remitted directly into NNPC dedicated accounts via Remita under a special arrangement endorsed by NNPC, EFCC, and the affected NNPC’s indebted marketers.

“By virtue of the said special arrangement, NNPC had requested formally the EFCC to recover the said amount from the affected NNPC’s marketers who were expected to pay such funds directly to NNPC while NNPC, in turn, confirmed receipt of such payments to EFCC.

“Therefore, EFCC never took custody of any of the recovered funds and so, the question of misappropriation of such funds by EFCC or our client could not have arisen as falsely published.”

He also described the allegations of false asset declaration against him as gross misrepresentation and blatant falsehood.

“Our client has never been confronted with any such allegations purportedly arising from the panel’s proceedings. The story attributed to the panel, which has become a recurring decimal, is a dangerous attempt to discredit the work of the honourable panel,” he added.

On the allegation that N3 billion recovered from FIRS was not accounted for, he described the report as “falsehood from the pit of hell”.

He said: “Investigations were painstakingly conducted by EFCC under our client’s watch. The matter has since been referred for prosecution. Charges have been prepared ahead of arraignment in court.

“Our client has no interest in shielding anyone found culpable from the long arms of the law. At any rate, time does not run against the state in criminal prosecutions. It is tendentiously wicked to suggest that our client excluded major approving authorities from the criminal process.

“As a matter of fact, one Peter Hena, head of the FIRS coordinator support services group, who allegedly authorised the illegal payment, is one of those listed to be arraigned. The case was properly investigated and professionally vetted with our client deploying no influence whatsoever on the outcome.” 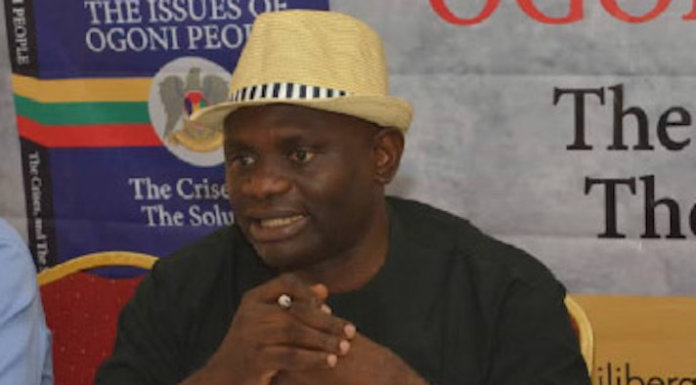