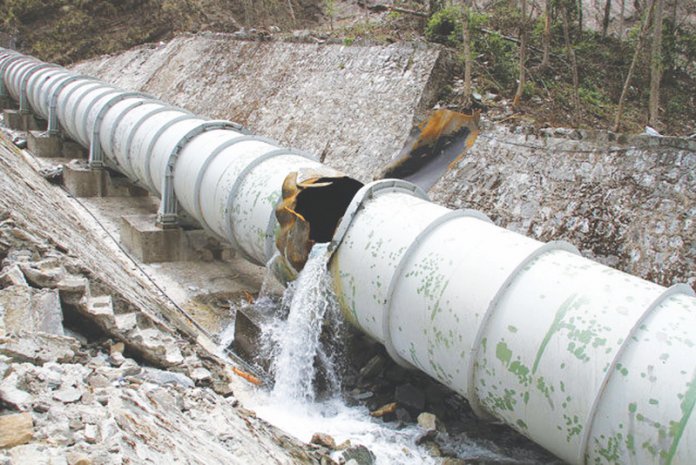 The authorities could do more to curtail the menace

A recent report by the Nigerian National Petroleum Corporation (NNPC) that vandalism of its pipelines across the country rose by 50 per cent in January is not only disturbing, it indicates that the authorities have not done much to tackle this menace that has gone on for decades. According to the report released in April, no fewer than 60 pipeline points were vandalised compared to 40 incidents recorded in December 2019. This level of sabotage questions the effectiveness of the Nigeria Police Anti-Electricity Vandalism Response Squad (AEVRS) established to offer practical solutions to the problem.

While we lament this deplorable situation, we restate our earlier position that the menace of vandalism persists in the oil and gas sector because of the existence of some “market” for the stolen items. Obviously no criminal would be foolish enough to take the risk of stealing crude oil or transformers and power-line cables without having an assured off-taker market somewhere. In the case of power sector, these stolen transformers and other equipment turn up for resupply by contractors in the sector. After all, no single individual can afford the purchase and installation of such specialised equipment without the active connivance of the officials.

There is no doubt that the incidents of theft and equipment vandalism are costing the nation huge sums of money. But more worrisome is that the immediate consequence of this criminality is that life is made more difficult for law abiding citizens who are thrown into darkness due to erratic and unreliable power supply. Also, the nation’s economy is seriously threatened as industries are being shut down and employees laid off because companies cannot meet production target as many operate below their installed capacity.

It is unfortunate that as the nation remains over burdened with the quest for improved and steady power supply, there are unpatriotic elements hell-bent on sabotaging government efforts and throwing their fellow citizens into hardship. It is therefore time that the authorities took serious measures against these criminals. To the extent that what we are dealing with is a serious crime that borders on economic sabotage, the security agencies should be up and doing in apprehending the hoodlums and bringing them to justice. The Inspector-General of Police should find out why the personnel deployed to AEVRS have been ineffective.

We also call on the host communities to provide assistance by way of real time intelligence and information to the security agencies whenever they notice these crimes. Criminals come from within specific communities and when they realise that they would be exposed by their kinsmen they would certainly have a second thought. Community leaders should consider it a patriotic duty to join in the fight against the vandalism of critical national assets like pipelines.

However, what is worrying is that the security agencies have a long history of tough words that have been of no effect as the criminally-minded people within our society get more and more emboldened. It is therefore incumbent on all the critical stakeholders to come up with a solution that will work. But as we stated earlier, the communities have to be vigilant in keeping a close eye on the equipment within their neighbourhood, even for the sake of their own enlightened self-interest. The bottom-line remains that we must protect these vital assets of the nation from the grip of criminals. It is in everyone’s overall interest.