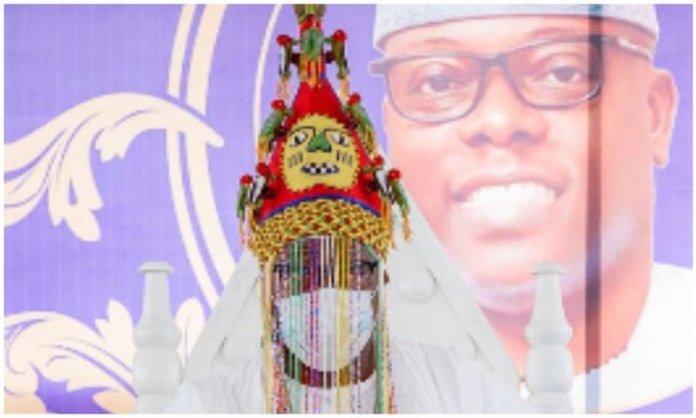 The new Oniru of Iruland in Lagos State, Oba Omogbolahan Lawal, has directed landlords in his domain to submit their title documents to the royal family and its estate consultants for verification.

The three ruling houses of Akiogun, Abisogun and Ogunyemi gave this directive in a public notice issued on behalf of the Oniru royal family, on Monday

The statement followed an advertorial by some Oniru residents, who accused the new monarch of deploying thugs in the area to forcefully take over some parcels of land belonging to private individuals.

In the public notice, the royal families said: “It is not true that since the selection, installation and receipt of the staff of office from the Governor of Lagos State, Mr. Babajide Sanwo-Olu, by Oba Abdul-Wasiu Omogbolahan Lawal, on behalf of the Oniru royal family as the Oniru of Iruland, there has been an invasion of Iruland by thugs and hooligans to forcefully take over land belonging to private persons.

“Rather, we are aware that a transition process of change of management of the Oniru royal family land and property has demanded certain land and property owners to submit their title documents to the family and kabiyesi’s solicitors and estate consultants for verification. These persons concerned have visited our solicitors and have been received warmly.”

According to the statement, the monarch decided to embark on the verification because most of the property in Iru was sold by third parties and there was a need to do some rebranding and new developments in the area.

The royal family said this would be done in accordance with the extant laws in the state.

The royal family said the new monarch, who is a retired police officer, was a law-abiding citizen and would never use thugs to harass residents.

According to the statement the monarch has contracted one of the biggest auditing firms in the country to audit all old and new transactions to ensure transparency and accountability.