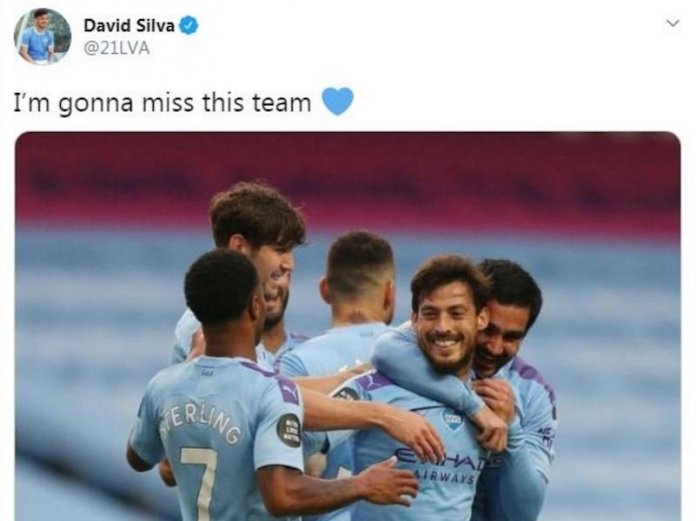 David Silva will leave Manchester City at the end of the season not only as a club legend but a Premier League one too.

Despite being 34 and approaching the latter end of his career, the midfield magician displayed a masterclass in City’s 5-0 thrashing of Newcastle on Wednesday.

Graceful on the ball with a sweet left foot, Silva led the way for touches (136), passes (112), opposition half passes (65), duels (14), possession gained (six), tackles (two), shots (four) and assists (two) in the contest, as well as scoring a stunning free-kick.

The Spaniard joined City from Valencia in 2010 and has gone on to win four Premier League titles, two FA Cups and five League Cups and could yet end his time at the club with more silverware.

So how should Silva be honoured by the club when he leaves? Does he deserve a statue at Etihad Stadium?

“Pablo Zabaleta, Joe Hart, Vincent Kompany, Silva, Sergio Aguero, these types of guys. This group of players helped this club be where it is. After this kind of thing we name a street, a pitch.

“What he has done is incredible, fantastic, not just for the game today, for the last 10 years.

“What we want is for the people to come back to the Etihad for a game for him as one of the legends of the club.”

Though their hold on the Premier League trophy has gone to Liverpool, City have won the Carabao Cup this season and remain in both the Champions League and FA Cup.

But they are yet to win one trophy they crave the most.

“It would be nice for David and all of us to win the Champions League,” said Guardiola.

Since his English top-flight debut, Silva heads the charts with 92 assists and 790 chances created, more than any other player in that period.

Guardiola added: “In the small spaces, he is maybe the best I have seen. He came back from lockdown in incredible rhythm. If he decided to, he could play anywhere. There’s no doubt about that.

“The level he is at is the best of this season. He is playing really, really good. The fans are not here but he is going to come back to bid them farewell.”