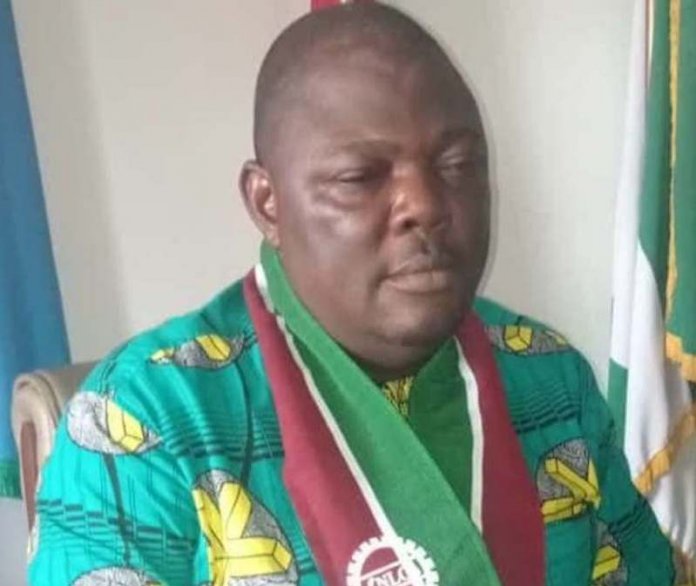 There was jubilation at the Labour House Asaba on Tuesday following news of the rrelease of the Chairman, Delta State Council of Nigeria Labour Congress (NLC), Comrade Goodluck Ofobruku, who was abducted last Saturday by unknown gunmen at a suburban part of Asaba, the state capital.

THISDAY learnt that Ofobruku was reunited with his immediate family and members of the organised labour after his captors let him off the hook on Monday night.

Although, details of how the NLC state chairman secured his freedom from the criminals, or whether any random was paid, could not be ascertained, Comrade Ofobruku’s release was greeted with excitement at the Labour House, Asaba.

Despite assurances on Monday by the Delta State Commissioner of Police, Mr Afiz Inuwa, that his men had promptly swung into action in a bid to secure his safe release, there were palpable fears over Ofobruku’s safety following reports on Sunday evening that his abductors had apparently made no contact with his relations.

His mobile phones were said to had remained switched off after he was reportedly forced out of his car and taken into nearby bush, Saturday night.

Secretary of NLC in the state, Comrade Innocent Ofuonyade, who had confirmed to newsmen Ofobruku’s abduction, and aide to Governor Ifeanyi Okowa on labour matters, Comrade Mike Okeme, confirmed his release on Tuesday.

Ofobruku was driving out of his street at the Ibusa axis of the Asaba-Kwale-Ughelli highway on Saturday night when he was intercepted by the criminals said to be robbing people at a drinking joint in the area.

Ofobruku was forcibly taken away from his official vehicle, a Toyota Sienna with a customized registration number, ‘Delta NLC 01’, which was subsequently abandoned by the criminals, the state NLC scribe told newsmen.

“The chairman was on his way out that night to get some drugs when the incident occurred”, he disclosed, noting, “He was intercepted by the hoodlums along his street and taken away.”

Police spokesperson in Delta State, Mrs Onome Onovwakpoyeya, a deputy superintendent of police (DSP) described the incident as “a case of armed robbery and abduction”.

She said, “The gunmen were robbing in the street when the labour leader was driving out of his home. They intercepted his car and forcefully abducted him and took him to the nearby bush.”

However, CP Inuwa counseled people, and especially VIPs, to be more safety cautious about their movement and to be discreet in the use of official vehicles.

The Delta police command boss assured of the readiness of the police to ensure the safety of lives and property of law-abiding citizens and sued for the cooperation of people by giving useful information to the police promptly.