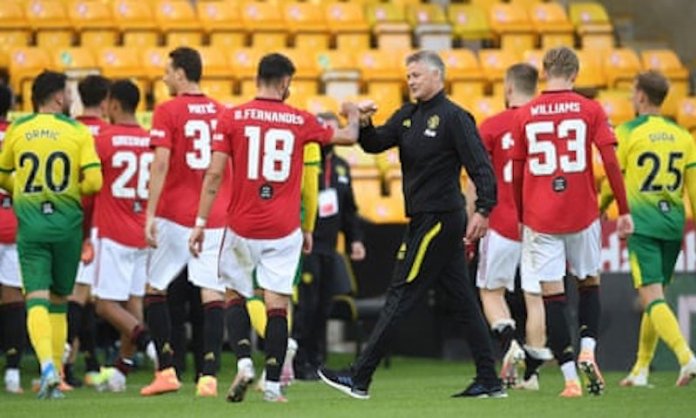 Sheffield United have extended Manchester United keeper Dean Henderson’s loan at the club until the end of the season.

The Bramall Lane club are eighth in the Premier League with seven games left of this campaign.

Talks over a new deal have been taking place and Solskjaer said last week he was optimistic terms would be agreed.

However, there has been no progress with Gomes, 19, over the weekend.

“I have not heard anything last night or this morning,” said Solskjaer on Monday. “If that is still the case, the answer is short: yes [he will leave].”

Gomes, who has been with United since the age of six, has featured for just 19 minutes in the Premier League this season.

The England Under-20 international became the club’s youngest Premier League player when he came off the bench at the age of 16 years 263 days against Crystal Palace in May 2017.