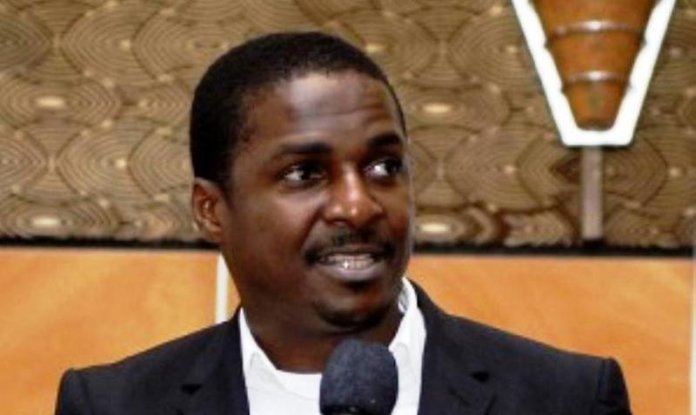 Businessman and promoter of defunct HiTV, Toyin Subair, seeks a return to the pay television industry by free-riding on the 6th National Broadcasting Commission Code which, among other controversial provisions, aims to end exclusivity. Back in 2014, Toyin Subair, founder of the defunct pay television platform, HiTV, launched an ambitious move to return as a major player in Nigeria’s pay television market.

Subair, whose HiTV, crashed in 2011 after four years, launched PlayTV six years ago, hoping that it would rise to prominence from the rubble of HiTV. The foundation for PlayTV was Continental Satellite Television (Consat), the failed pay television platform of former Lagos State governor, Bola Tinubu.

PlayTV currently operates from the old Consat office located within the premises of the Tinubu-owned Television Continental (TVC) at CMD Road, Ikosi-Ketu in Lagos.
At launch, PlayTV promised subscribers that it would not be business as usual “as we will be rolling out with lots of interesting channels you’ve always loved and new channels you’d love to watch”. It also claimed to have the potential to “be available to over 20 million homes and 150 million individuals”.
Six years after, it has failed to go anywhere near Subair’s projections and is remembered only by decoders bought for N15,000 by subscribers.

Consat never got off the ground, a development that did not deter Subair, with the businessman now planning to bring it back as well in addition to an Over-the-Top (OTT) platform that will be a hybrid of Ad-based Video-on-Demand (AVOD) and Subscription-backed Video-on-Demand (SVOD) services. Subair, who still bears the scars of the failure of HiTV, is determined to do everything to ensure the success of the new venture and he’s tapping into political connections.
Multiple sources told this paper that Subair is heavily dependent on his political connections, which have become stronger since 2015 when the Buhari administration came to office. Subair, who is close to Tinubu, is unsurprisingly also close to Information Minister, Lai Muhammed.

Muhammed, whose ministry supervises the National Broadcasting Commission (NBC) is said to have Subair as his unofficial adviser. Subair is said to be the brain behind the 6th NBC Code, the subsidiary legislation guiding broadcasting in Nigeria, which was released to the public on 27 May.

Before the release of the NBC Code, the Information Minister, had announced the Federal Government was planning to prohibit exclusive ownership of broadcast rights to foreign football content in the country. Such rights were held by Subair’s HiTV between 2006 and 2011 when they were wrested from the MultiChoice-owned SuperSport platform.
He argued that HiTV slipped into coma from which it never recovered because it could not raise capital as a result of an unfavourable shareholder agreement.

Subair’s gunsight is trained on MultiChoice, which currently holds the rights to broadcast the English Premier League, UEFA Champions League, Spanish La Liga, other premium sporting content and a variety of popular programmes as well as shows.
Subair’s objective, they said, is to use the force of regulation to hoover up sporting and general entertainment content to PlayTV to ensure it does not choke like HiTV, which was solely reliant on the EPL, and break or at least water down MultiChoice’s influence in the pay television market.

Sections 9.0.1 to 9.0.3 of the new NBC Code speak to the Information Minister’s announcement on exclusivity before the code was issued. The sections make exclusivity illegal and seek to compel rights holders to sports broadcast property and any content enjoying audience applause to share with competing broadcast platforms.

These sections have been widely criticised by notable industry figures, who argue that aside from infringing on their copyright to such content, they also have the potential to discourage investment and creativity in local content production.
Subair was a major figure at a June 3 webinar organised by Filmic Group, a body of creative industry professionals and was loud in defending provisions seeking to regulate exclusivity.