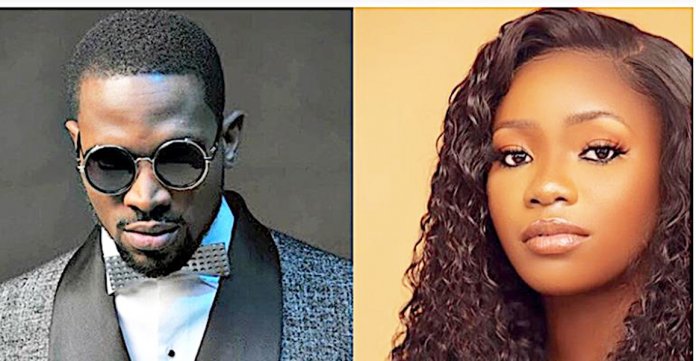 Seyitan Babatayo, the lady who accused D’banj (Oladapo Oyebanjo) of rape, released a formal statement on Tuesday, detailing how she was “violated and raped” by the musician after he allegedly gained access into her hotel room on December 30, 2018. Ferdinand Ekechukwu reports

When Seyitan Babatayo on June 3, 2020 made public, via her tweeter handle, that pop superstar D’banj raped her in 2018, she only asked for an apology through her lawyers afterwards. She wasn’t expecting she could be sued for defamation of character; neither did she expect to be arrested by the police who she claimed intimidated her.

The singer came under fire from many Nigerians, including celebrities, over the arrest and bullying of the accuser. Following an outpouring of support and outrage from Nigeria’s civil society groups and social media users, Seytan regained her freedom.

On Tuesday, Seyitan released a formal statement claiming four police officers, pretending to be delivery men, arrested her in her home without a warrant on June 16. She was then taken to the IGP IRT office in Harold Shodipo, Ikeja where she was detained alongside criminals and her phone seized. She said while in detention, she had little access to a lawyer.

After 48 hours in detention, D’banj’s team allegedly took her to an undisclosed location, where they made her sign a gag order. ‘’I spent almost 48 hours at the police station, without being charged for a single crime. When I asked the reason for the detention, the police refused to answer but continued to treat me like a criminal,” she wrote.

She also clarified that her mother was not arrested following earlier reports. Seyitan insisted that she was “violated and raped” by D’banj after he allegedly gained access into her hotel room on December 30, 2018.

She said she was forced to come out with her story on June 3, 2020, to call D’banj out in his “hypocrisy” after he went online to make a post about “saying no to rape”.

“I was isolated from my family, coerced, pressured and intimidated in person by D’banj and his team to retract all statements and to announce that my testimony was a publicity stunt,” she alleged in her statement. Seyitan added that she was not seeking financial compensation from the singer but an apology. She insists that the apology is all she’s still asking for.

She also alleges D’banj, through his team, has continued to harass her via phone calls and boasted he can “buy off anyone within the justice system in Lagos.” An Instagram post published the day earlier on D’banj’s page showed him dancing and alluding to the police probe into the rape allegation in song. The video’s caption read, “Innocent until proven guilty… Stop social media trial. Say no to rape and human rights violations.”

D’banj is currently under investigation on the orders of the Inspector General of Police over the alleged rape. The case has also caught the interest of the Attorney General of Lagos State who wrote the Lagos State Commissioner of Police to investigate the matter amid widespread criticism that followed poor handling of the case by some men of the police force.

The allegation against D’banj is coming on the heels of a series of several high profile rape cases which have shocked Nigerians. Following the rape allegations against the singer and entertainer, a new generation bank has reportedly suspended its N45 million endorsement with him till further notice. The suspended deal came after a petition asking the United Nations to end deal with the embattled singer as its ambassador.

Recall that the singer on his 40th birthday announced that he signed a mouth-watering deal with a bank. This was days after he was accused by Seyitan Babatayo of rape in 2018.

Here is Seyitan’s rape story as earlier narrated by her: “I was invited for an all-white party at Eko Atlantic (splash off) which was an all-night party on the 30th of December 2018, by Franklin, Dbanj’s manager at that time, and I went with my friend, Laide. When I got to the party, I met a girl named Oyin, who was with a guy who happens to be Dbanj’s friend. She asked who I came with I told her the person I came with already left. When I was leaving, Oyin and I exchanged number and she asked where I was lodged. I told her Glee hotel in VI, and she said it was the same hotel she was lodged and I asked if she could drop me. She said it wasn’t a problem.

“On getting to the hotel, Oyin called me when I got to my room and told me D’banj saw me at the party and he wanted to be with me for the night and I was offered a sum of money, but I bluntly refused because I wasn’t interested. So, I slept off. Between 5 and 6 am (and pls note that I’m a naked sleeper) I woke up and found Dbanj in my room already, and I asked him what he was doing in my room he didn’t say a word and asked if I was a baby and started fingering me. I went ahead to threaten him that I was going to shout he said if I shout I’ll leave the hotel naked. Dbanj raped me. When he left, I got to see he came in with an extra key (card) and I later found out that Dbanj lodged all his staffs in the hotel. Then, I called my supposed friend Oyin who I saw at the party if she planned it with D’banj and she said No.

“She came downstairs to meet me where I was crying. She asked us to go upstairs to meet her guy who was Dbanj’s friend. When I got there, the guy was disappointed and begged me to keep quiet. He promised Dbanj would call me and apologize. And he gave my friend $100 to give me for medication. I’m so livid and mad seeing a rapist being an advocate for rape. This is my story and I know there are lots of girls who can’t come out to narrate their stories. Don’t be ashamed to narrate your story. It took me two years to write my rape story.”

As at press time, D’Banj had been grilled by an Assistant Commissioner of Police, Adaku Anya, at the Force Criminal Investigation Department, Garki, Abuja.

“D’Banj has been questioned twice at the FCID, Abuja. He was questioned last week and also this week. We will leave no stone unturned as we investigate the matter,” said a police source.

It was learnt that Seyitan was also invited to write a statement but she stated that she had no means of travelling to Abuja and opted to visit a police unit in Lagos.