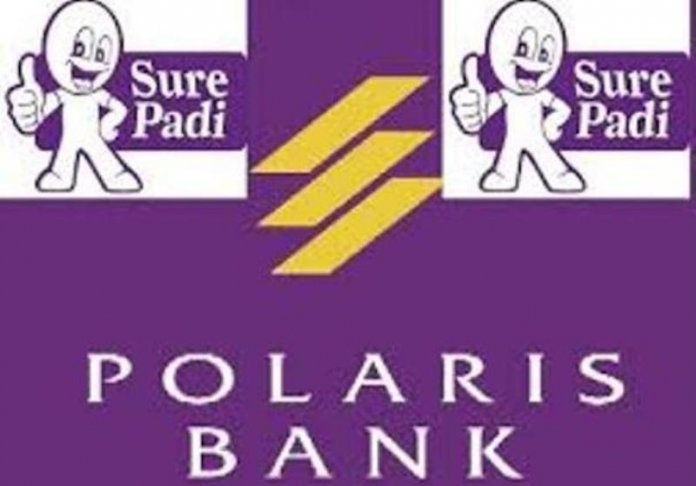 Polaris Bank Limited said its agency banking initiative, SurePadi, has serviced over half a million customers impacting directly an estimated two million households across the seven business regions of the bank nationwide since its introduction.

Beyond the direct impact on customers and households in Nigeria, the sheer volume and value in financial numbers on the gross earnings of the bank has been significant as the agency recorded giant strides in the number of services and transaction volumes it processed which was valued N10 billion, the bank revealed.

The bank in a statement quoted its Chief Digital Officer (CDO), Mr. Dele Adeyinka, as explaining that, in the first 100 days of introducing SurePadi, carried out over 500,000 services, and transaction volume above N10 billion directly servicing over two million households, giving them easy access to cash for businesses and family needs.

According to Adeyinka: “As a result of this milestone, SurePadi was ranked fifth in the first quarter of 2020 by the Shared Agent Network Expansion Facility (SANEF) report—an indication that it is bridging the gap and helping people to meet their needs of accessing funds; as well as sending money to their loved ones.”

The CDO further stated that: “This is also part of Polaris Bank’s ongoing effort to drive financial inclusion among the under-banked and unbanked in line with the Central Bank of Nigeria’s (CBN) regulatory mandate; intimating that ‘from what we have seen so far, we are already making significant progress in this regard.

“With SurePadi’s spread across far-flung areas nationwide, this laudable initiative by the bank has shown another way to bank—without physically visiting a bank’s branch—which allows the customer to make cash deposits, transfer money and enjoy other banking services like bills payment and purchase of airtime amongst others.”