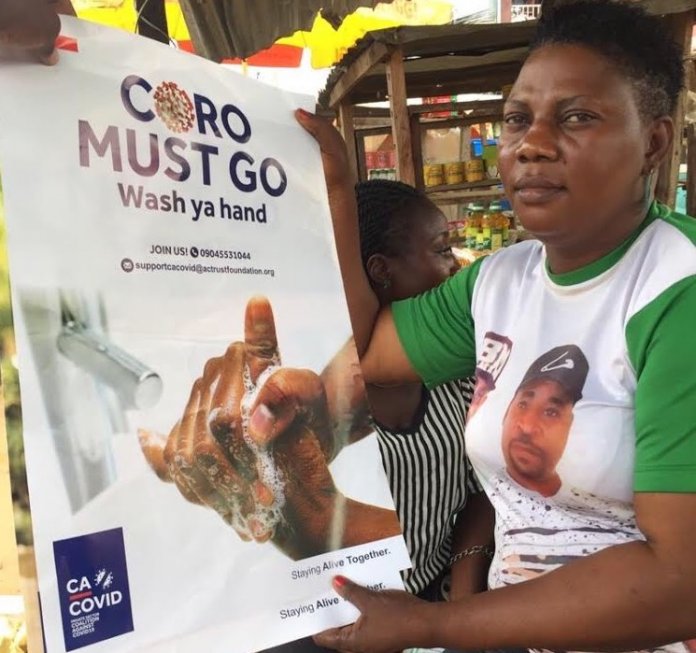 “The war has shifted to the community and it is up to the people who are now responsible for protecting themselves, their families as well as the community and the country,” those words of Dr. B. Calinawagan aptly captures the grassroots awareness campaign recently initiated by CACOVID.

The campaign is aimed at deepening sensitisation in semi-urban and rural areas to educate and sustain the gains of government initiatives to curb community spread of the dreaded coronavirus (COVID-19) disease in Nigeria.

As confirmed cases in the country rise, along with skepticism of people, especially in the semi-urban and rural communities fueled by beliefs that the COVID-19 disease is a “big man’s sickness” that can only affect people of means, it has become increasingly important to reiterate and take the message directly to the people as it is crucial to help the people know that staying safe and alive is also a matter of personal responsibility.

To this end, the private sector Coalition AgainstCovid19 (CA-COVID), a group of more than 50 private sector corporations in Nigeria initiated a grassroots awareness campaign to sensitiseeveryone in every corner of the country. In its pilot phase that was flagged off on Monday, 8 June, 2020, the grassroots awareness campaign was taken to suburbs in Lagos, Rivers and the Federal Capital Territory.

From Ajah, Ogombo, Oko-Oba, Makoko, Abatoir, Aginliti, Isawo, Mosafejo/Amukoko in Lagos State to Abuloma, Bundu, Agbonchia, Omarelu, Onne, Elele in Rivers State and Nyanya, Kutunku, Mpampe, Gwarinpa and Kubwa in Abuja, the direct grassroots engagement has made same impact, complementing the efforts of both the federal and state governments at keeping Nigeria COVID-19 free. As the train moves simultaneously across Lagos, Rivers and the FCT, with the mandate to educate people in the rural areas on the importance of handwashing, social distancing and wearing of face masks, Nigerians have come out to pour encomiums on the awareness initiative.

In Rivers State, the market chairman of OkuruamaMarket, Mr Boniface Isa commended the grassroots campaign team and suggested that the initiative should be sustained for impact even as he suggested that additional tangible items should be distributed to further encourage the people to take responsibility for protecting themselves and their community.

On his part, the General Manager of Treasure 98.5FM, Port Harcourt, Mr. Fred Onyeka Nwaulune, who also commended the campaign initiative, assured the campaigners that the radio station on its part is also committed to ensuring that the message of responsibility is well disseminated. He urged the teams to ensure they engage with the people as best as they can at this time to achieve desired results. At the palace of the paramount ruler of Rumuobiakani, Eze Wopara Ejims, the teams were assured of the commitment of the people to accommodate and take heed of safety tips.

Tony Chiejina, the Group Chief of Communications at Dangote Industries who also doubles as Coordinator of the campaign, described the pandemic as wild bush fire. He said the effectiveness of the campaign will have direct impact on the whole of the country, because if just a few people are ignorant of the consequences of bad hygiene at this time and they behave irresponsibly, it can compromise the effort of every other person just like a small burning twig can reignite a whole forest even after the fire has previously been doused.

This campaign is critical to CA-COVID’s overarching mandate. Even though the private sector led coalition has so far provided billions of testing supplies, and isolation and treatment centers, in Lagos, Kano, Rivers, Abuja, Enugu and all the other States of the Federation along with fully functional medical supplies and trained personnel to cater to affected persons, it will all be overwhelmed and eventually come to nothing if more people get infected. That is why the words of Dr. B. Calinawagan quoted in the beginning should never be dismissed in a hurry. Every Nigerian, no matter their tribe , tongue or religion deserves to know that the war against Covid19 has shifted to the community and it is up to the people to protect themselves, their families as well as the community and the country. 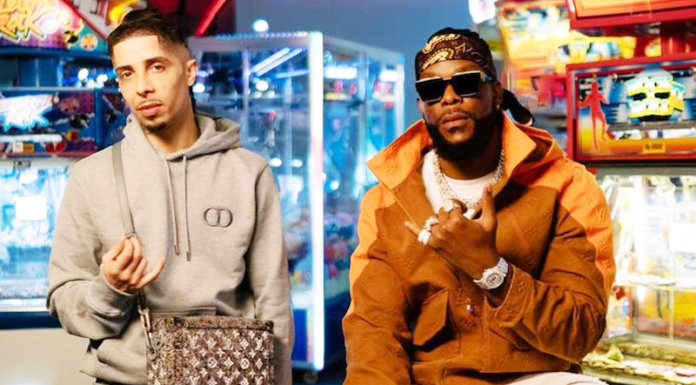