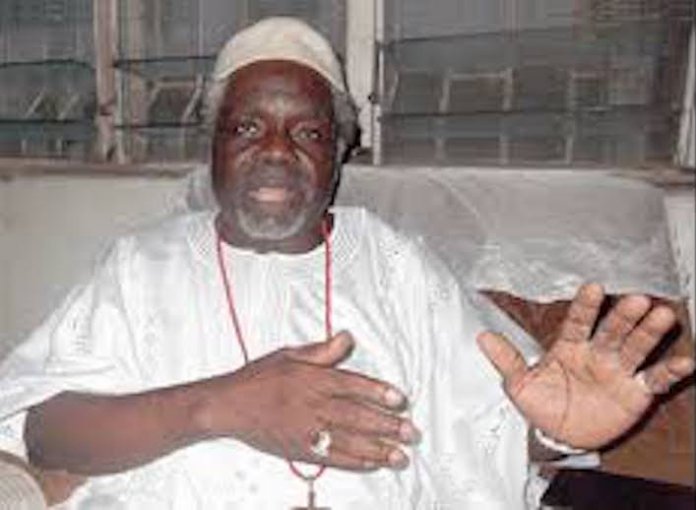 The presidential candidate of the National Action Council (NAC) in the 2003 general election, Dr. Olapade Agoro, yesterday said the recent reported shooting at the Aso Rock Villa and the invasion of Katstina State, the home state of President Muhammad Buhari by bandits, are enough reasons for the president to resign.

Agoro, while addressing journalists at the Nigeria Union of Journalists (NUJ) Secretariat at Iyaganku, Ibadan, Oyo State, yesterday, said the body language of President Buhari is posing a threat to the national security and unity of the country, stating that the recent happenings in the country is disheartening.

The former national chairman of NAC, who expressed displeasure at the recent attack on the personality of the wife of the president, Aisha, describing it as worrisome and disturbing, insisted that the first lady deserves respect and honour from all Nigerians irrespective of their positions.

According to him, “The only wife that was sworn in with the president, Aisha Buhari, was almost killed, and nothing happens. Why will the president equate his wife to his relation? Buhari keep silence and allowed his wife to be rubbished. There was a gun shot at the Presidential Villa which tells us that somebody was after the life of the president. It should be a thing of concern to all of us.

“After that subsided, bandits unleashed terror on the state of the president to the extent that he cannot visit his home town anymore. Buhari is not alive to his responsibilities. This is not good for Nigeria at this time. It should also be a thing of concern to Nigerians that the president allows the political party that brought him to office to be collapsing. The party is now in disarray.

Agoro then urged Nigerians to be mindful of the sacrifice made by those who fought for democracy such as the late Chief MKO Abiola, Pa Adekunle Ajasin and Senator Abraham Adesanya, among other leaders.