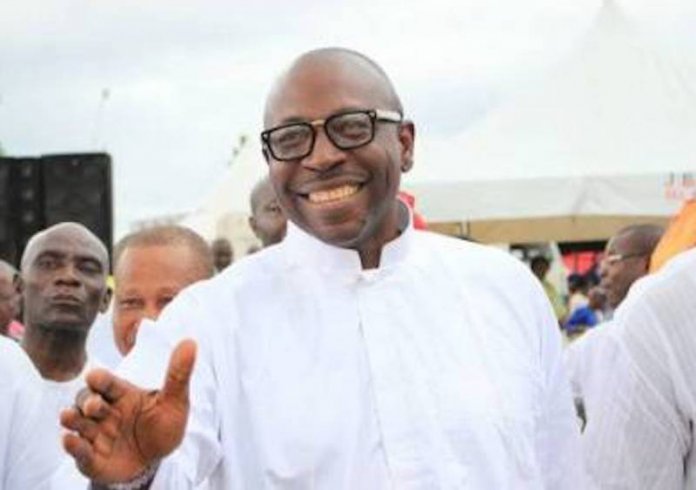 The Senior Technical Assistant on Media to President Muhammadu Buhari, Mr. Louis Odion, yesterday congratulated the governorship candidate of the All Progressives Congress (APC) in Edo State, Pastor Osagie Ize-Iyamu, on his victory at the primary election held in the state yesterday.

“With his victory, Pastor Osagie Ize-Iyamu has demonstrated a capacity to unite APC in Edo behind a common purpose. Doubtless, he will lead APC to victory in the governorship polls on September 19,’’Odion said in his congratulatory message.

This is coming as Ize-Iyamu has asked Governor Godwin Obaseki to return to the APC.

Also, the leaders of the APC across the three senatorial districts in Edo State said the victory of Ize-Iyamu and the massive votes he scored are testimonies of his acceptance and popularity in the state, assuring that he would lead the party to victory in the coming election.

“We didn’t make a mistake in proposing Pastor Osagie Ize-Iyamu as the consensus candidate of our party in the governorship election; we know he enjoys a huge followership in the state – across party lines. Our huge party’s members who turned out today is a clear message that he is ready to lead the party to victory in the election,’’ the statement added.

They advised the people of Edo State to endure their suffering in the hands of Governor Godwin Obaseki for a few months, adding that the governor will “be kick out’’ of the Edo State Government House in September.

Meanwhile, Ize-Iyamu has asked Obaseki to return to the APC.

After being declared winner of the APC governorship primary yesterday, Ize-Iyamu said he is willing to work with Obaseki if he would return to the party he “originally belong” to.

“By this process we just competed, the party is now on its step to full recovery. I also salute Governor Obaseki, and I will appeal to him to return to the party,” he said.

“In every party we have disagreement but I don’t want it that it is this disagreement that would push him out. I once made that mistake. It might be nice for him to come back, and certainly I’m going to work with him.

“We’ve shown the example today in APC as we are determined to be law abiding. The few months we have for campaign, let’s do it in a law abiding manner. I’m pledgeing on behalf of my party that we will be peacul and respectful.