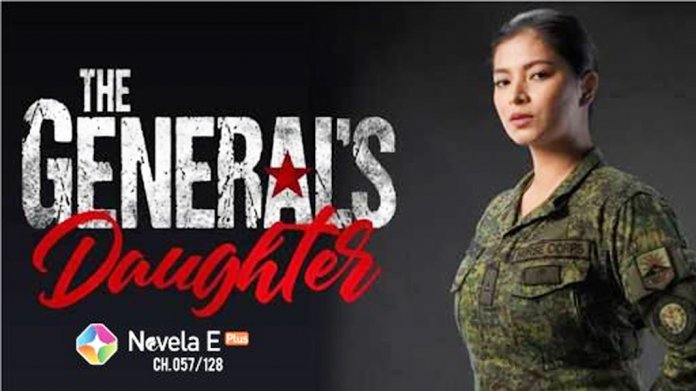 Two telenovelas, The General’s Daughter and Warris, are among the top series mesmerizing movie fans, owing to their exciting plot twists. Both, showing on StarTimes pay-TV, have drummed up wide receptions among impressed movie fans. The General’s Daughter is an action-packed series, full of suspense and a storyline crafted with so many twists that one can’t predict the next outcome.

The General’s Daughter, a filipino Action-Drama TV series, captures the fast-paced world of military mystery, with loads of electrifying moments. The series, now approaching its crescendo, revolves around the female lead: Angel Locsin as Arabella/Diana/Rhian/Uno who brings moral gravitas to her role, displaying her luminous looks, as well as uncommon physical stamina and skills. It airs daily at 7:40pm on ST Novela E Plus on StarTimes.

Waaris, an Indian series, draws its appeal from its strong societal theme and perfect dubbing into local dialects, Yoruba and Hausa. It unravels the menace of placing the male child above the girl-child in a society where prejudice against women is a norm and, then opens the lid on male-female equality.

Warris is a family-fun time series with strong appeal to Yoruba and Hausa audience. It narrates the story of Amba, who belongs to a Punjabi family. She gives birth to a girl child. However, circumstances force her to hide the gender of her baby, after her husband’s death in order to keep the title of “Shah” within the family. The intrigues follow the narrative. It airs weekdays at 8:30pm on ST Yoruba and 8:15pm on ST Dadinkowa.

“Keeping our customers glued to their screen, through thrilling premium content yet affordable, has often been the core of our business. With over 100 channels and 2000 video-on-demand content, StarTimes brings loads of exciting entertainment from series, local and foreign movies, music, news, kiddies, documentaries to live sports events. Subscribers can also watch via StarTimes On mobile app using their MTN airtime to subscribe,” Lazarus Ibeabuchi, Public Relations Manager, StarTimes Nigeria said.