By Martins Ifijeh in Lagos and Adedayo Akinwale

The rate of COVID-19 infection in Lagos State, the epicentre of the pandemic in Nigeria, may be on the decline as the state, for the first time in three months, recorded its first sharp drop yesterday.

The Nigeria Centre for Disease Control (NCDC), in an update yesterday, in which it announced 260 new cases, bringing to 12,486 the total number of confirmed cases in the country, said 38 of the fresh incidences were from Lagos.

The slump in the state’s infection rate came just as the federal government has intensified efforts in finding ways of dealing with the virus as it turned to the Asian nation of Bangladesh for drugs to treat COVID-19.

Nigeria is expected today to take delivery of the drugs it purchased from Bangladesh.
Lagos State has consistently been topping the chart of fresh COVID-19 cases since it recorded the first incidence on February 27, with the nation’s index case.

It recorded its highest number of cases in a day on May 30 with 378 out of the 553 confirmed cases nationwide coming from Lagos.

This was followed by 256 cases on May 27, out of the 389 incidences recorded nationwide while on May 29, 254 of the 387 cases recorded all over the country were confirmed positive for the virus.

According to NCDC data, Lagos State so far has 5,767 confirmed cases with 4,756 patients on admission, 1,025 treated and discharged while 67 have died.

Nigeria will today take delivery of drugs it purchased from Bangladesh for the treatment of COVID-19 patients, THISDAY has learnt.

Dhaka Tribune, in a report on its online edition yesterday, reported that a special flight with the medicines, medical supplies, and Personal Protective Equipment (PPE) left Hazrat Shahjalal International Airport in Dhaka, the capital of Bangladesh, last night for Lagos.

The paper said the emergency flight was loaded with a consignment of Remdesivir and Remivir, two drugs believed to be helpful in the treatment of COVID-19, which were hurriedly purchased by the Nigerian government as the country’s cases of the virus continue to rise.

The report said the drugs, among others, would be used in treating a governor, whose identity was not disclosed.

According to the report, Nigeria’s Foreign Affairs Minister, Mr. Geoffrey Onyeama, telephoned his Bangladeshi counterpart, Dr. AK Abdul Momen, on Saturday night to seek assistance, including permission for its emergency plane to land in Dhaka in preparations for evacuating the medical supplies.

The plane, it was learnt, landed at Hazrat Shahjalal International Airport at about 5pm yesterday and departed for Nigeria with medicines within a short time.

Apart from the medicines, a small quantity of protective personal equipment (PPE) and other medical supplies are said to be part of the consignment on its way to Nigeria.

THISDAY also learnt that subject to the effectiveness of the drugs, the Nigerian government intends to procure more medicines and medical supplies from the South Asian country.

Efforts to speak to Onyeama last night proved abortive as he did not respond to calls and text messages sent to his mobile phone as at press time.

Following the rising cases of the virus among pupils and teachers, Isreal has closed down its schools, barely three weeks after the schools were re-opened.

The News Agency of Nigeria (NAN) reported that with 347 pupils and teachers testing positive for the virus, 127 schools did not reopen yesterday, which was the beginning of the workweek in Israel, according to an Education Ministry statement.

The number of pupils and staff in home quarantine grew from slightly more than 16,000 to almost 17,500 in little more than 12 hours.

Most of the new cases are from Jerusalem, particularly from one high school, the Hebrew Gymnasium, where, as of Sunday, 148 pupils and staff have tested positive.

Also, four more Israeli lawmakers had to go into home quarantine, because they had had contact with an Arab lawmaker who tested positive last week.

Sami Abu Shehadeh, a member of the Arab Joint List party, in a post on Twitter had called on all to abide by Health Ministry instructions and warned: “We must all internalise that the battle is not over yet.’’

Israel was quick to impose a stringent lockdown in mid-March, resulting in a relatively mild outbreak of the pandemic in the small Middle Eastern country.

But it was also quick to lift the lockdown.

Schools were reopened on May 17, followed by hotels, swimming pools and restaurants some 10 days later.

On Saturday, Israel’s beaches were packed, with many beachgoers ignoring an obligatory Health Ministry guideline to wear face masks.

Only 29 are in serious condition, of whom 23 are on respirators.
The Health Ministry said 297 people had died from the virus since its outbreak, necessitating the shutdown of some schools after reopening.

The Lagos State Government has discharged 31 COVID-19 patients from its isolation centres, bringing to 1,025 the number of successfully treated patients in the state.

He said: “Six were discharged from Onikan, four from Gbagada, two from Agidingbi, six from Lekki and 13 from Lagos University Teaching Hospital (LUTH) isolation centres.

“With this, the number of COVID-19 confirmed cases that have been successfully managed and discharged in Lagos has risen to 1,025.” 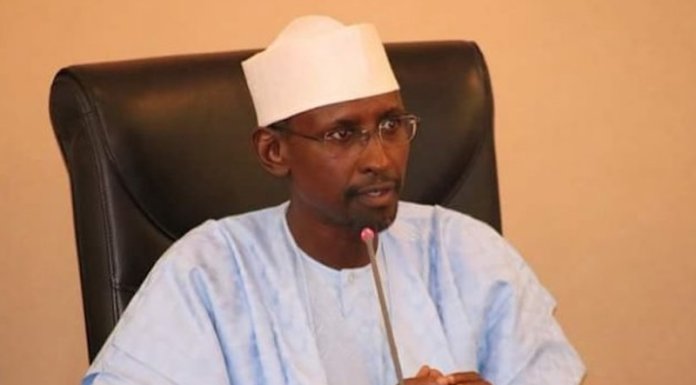