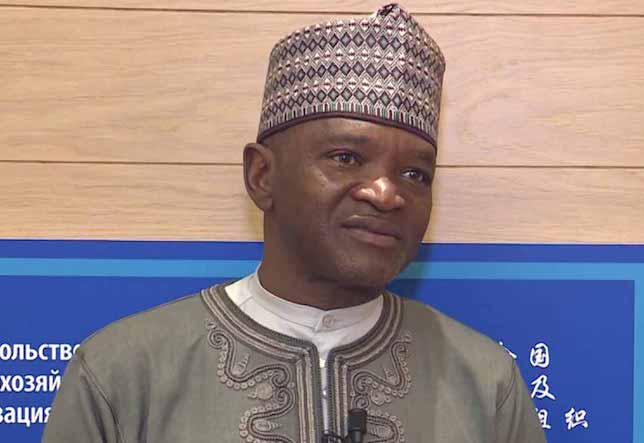 Ahead of reopening of Nigeria’s airspace to domestic flight operations, the federal government has revealed that plans are underway to disinfect airports and airplanes across the six geopolitical zones in the country as one its safety measures to curb the spread of Covid-19.

The Presidential Task Force on Covid-19 had on Monday announced that airlines could resume flight operations from June 21st.

Addressing journalists on the commemoration of the 2020 World Environment Day in Abuja, the Minister of Environment, Muhammad Mahmood Abubakar, said appropriate chemicals to be applied to aircraft and certain areas of the airports have been chosen by owners of aircraft to avoid safety bridges.

He noted that other areas to be disinfected included schools, motor parks, train stations and markets, among others.

Abubakar said that the ministry also awaits the required response from relevant authority to accelerate the disinfection and decontamination of schools in the country.

He said that Covid-19 will remain for a while, but there will be lots of advocacy and enlightenment to promote personal hygiene in schools.

He advised private school owners to ensure that their schools are disinfected by companies that are registered by the Environmental Health Officers Registration Council of Nigeria.

Speaking further, the minister said Nigeria as a country must restore, conserve and protect biodiversity as the key antidote to Covid-19 recovery.

According to him, ”As individuals, communities and stakeholders, we must put an end to practices that compromise our ability to connect with nature. Activities like gas flaring, depletion of the mangroves for firewood, fishing with dynamite and other unwholesome practices inimical to present and future generation should stop.”

On his part, the representative of the World Health Organisation (WHO), Edwin Edeh, said the pandemic is a reminder that countries need to manage outbreaks in multi sectoral scales linking environment, agriculture and other sectors to control and prevent further emerging diseases.

He called on governments at all levels to be committed to invest in water and sanitation as well and appealed to the citizens not to destroy nature.

Similarly, Oxfam, an environment group, also called on citizens to use this year’s environment day commemoration as an avenue to urge government to deliver on its commitments to safeguard nature, end pollution and ensure that environmental laws are upheld.

The group, in a statement issued on Friday by its Country Director, Constant Tchonac, said it is very important to draw attention to the environment because it is an issue that cannot wait.

It said it is worthy of note that losses in biodiversity and habitat can increase the spread of infectious diseases and viruses through indiscriminate felling of trees which encourages endangered species of these habitats to migrate to places of safety carrying along with them diseases as they move.

It also stressed the importance of investing in the agric sector, saying that government is not doing enough to support farmers to continue to provide food for a nation of an estimated 200 million people.

”As our environment changes, so must our farmers’ practices in order to increase agricultural production.

“Stringent measures should be taken to avoid indiscriminate felling of trees, safeguard aquatic life, save our forests thus maintaining biodiversity,” the group added