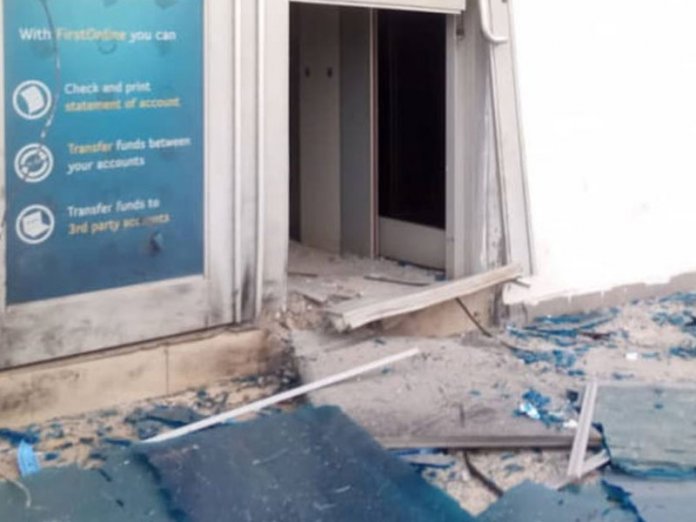 Eight policemen, including a divisional police officer (DPO) and a woman, were thursday killed by an armed robbery gang in Isanlu, Yagba East Local Government Area of Kogi State.

The incident, which occurred at 12 noon, sent panic to the whole community as everybody was running for their dear life.

THISDAY gathered that the large number of armed robbers, who stormed Isanlu community to rob an old generation bank branch in the town, first attacked the police station in the town.

It was gathered that at the police station, the armed robbers used dynamite to bomb the station, killing the Divisional Police Officer (DPO) and seven others.

It was learnt that after they attacked the police station, the robbers moved to the old generation bank and opened fire and killed a woman who came to transact business in the bank.

While the robbery operation lasted, the people of Isanlu community ran for cover in order not to be caught in the gun duel.
Meanwhile, in a video of the incident that has gone viral on social media, the bodies of the slain policemen were seen littered on the ground, while the divisional police station was shattered by the explosion.

He pointed out the Deputy Commissioner of Police (DCP) in charge of operations had also been deployed in the community.
He said that investigation into the incident would commence immediately.