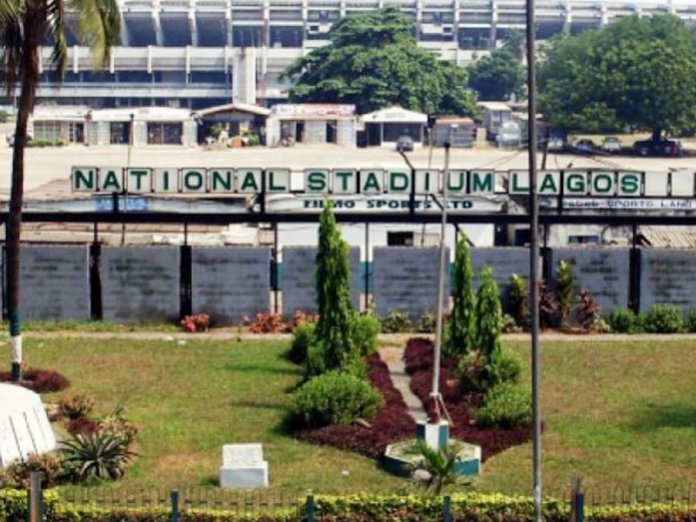 Minister of Youth and Sports Development, Sunday Dare, has confirmed that life will soon return to the moribund National Stadium in Lagos as he has secured approval from the Federal Government to concession the sports facility.

The National Stadium in Surulere, Lagos was built I. 1972 to host the second All Africa Games. After playing hosts to several international matches, the edifice has remained in terrible state of rot for close to two decades after hosting the final of the AFCON 2000.

Several past sports ministers have paid lip service to plans to return the edifice back to its place of pride in Nigerian sports scene.

But Dare insisted yesterday that he has secured approval to concession the sports city.

“Now we have approval to concession the National Stadium, Surulere, Lagos and the process has been on going but it was delayed due to lack of concession advisers,” observed the minister in a statement issued by his Media Office.

Continued Dare: “We have been able to overcome that (lack of Concession advisers). In the next couple of weeks, we will have those who are interested in taking over the National Stadium Surulere and hostel come forth and the normal process of concession will take place,” stressed Dare in the same manner immediate past Sports Minister, Solomon Dalung had promised before he got replaced by the Ogbomosho-born Dare last year.

Similarly, the minister also hinted that work will soon begin at the Moshood Abiola National Stadium in Abuja in other to give it a facelift.

Dare confirmed that talks were in final stage of the agreement reached with the Dangote Group to refurbish the facility.

“Work will soon commence at the Moshood Abiola National Stadium, Abuja. We were on the verge of completing the documentation process, review contracting process for the rehabilitation of the stadium before the Covid-19 pandemic struck. We had to shut down the whole country and not just the stadium in line with global health protocols.”

Dare further affirmed: “Remember, it is a private company and they had to go through a lot of processes. They had to invite more than eight different contractors to bid for the refurbishment.

“They also had to decide which contractor was the most suitable to give us the best job. Being the National Stadium, all of these take time. These are normal standard operating procedure in awarding a job. I am glad to say that very soon, we are now at the stage of purchasing order and we must remember that we canot force or accelerate the process because we are dealing with a well respected Nigerian who is bringing in his money without any plans to recoup anything to maintain the National Stadium,” stressed the Minister.

To also get other federal government owned sports facilities updated, Dare revealed further that his ministers was looking for intervention fund of between N5billion and N10 billion from the Federal Government.

“We are looking for special intervention funds of about 5- 10 billion Naira from the government that would enable us renovate and upgrade other sporting assets across the country,” the minister concluded.