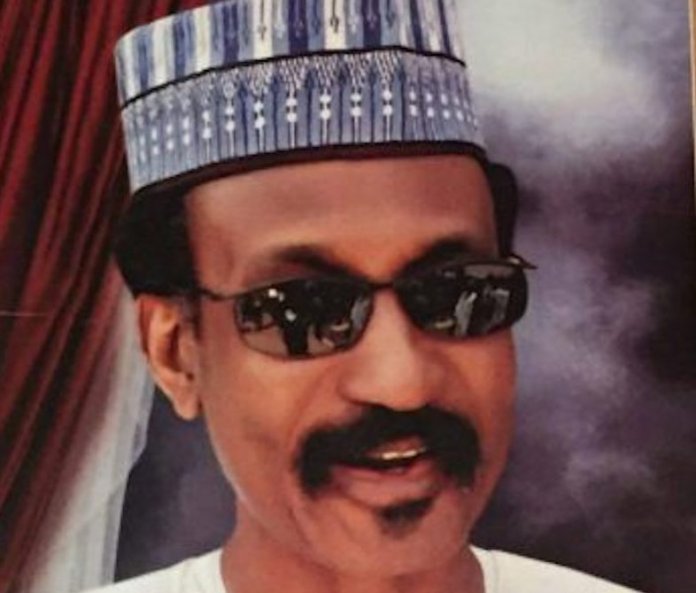 The presidency yesterday dismissed allegations by a former Military Governor of Kaduna State, Colonel Dangiwa Umar (rtd.), that President Muhammadu Buhari failed to push for the confirmation of Justice Walter Onnoghen as the Chief Justice of Nigeria (CJN) on the ground of religious and sectional biases.

A top presidency official confided in THISDAY yesterday, saying Umar’s allegation was incorrect and explained that the president had reservations about Onnoghen’s suitability for the nation’s foremost judicial position based on ethical consideration.

The official, who was responding to THISDAY inquiry on allegations of clannishness and lopsidedness in Buhari’s political appointments to favour the north that Umar levelled against the president in an open letter at the weekend, also described as premature Umar’s campaign for Justice Monica Dongban-Mensem’s confirmation as Court of Appeal’s president.

The appointments cover those of ministers and other aides.
The skewed appointment, according to Umar in his May 30, 2020 letter, “is more glaring in the leadership cadre of our security services.”
In the letter, Umar asked Buhari to learn from the great acts of exemplary leadership which, at critical moments, managed to pull this nation back from the precipice and assured its continued existence.

Assessing the appointments made by the president in the last five years of his administration, Umar said: “Mr. President, I regret that there are no kind or gentle words to tell you that your skewed appointments into the offices of the federal government, favouring some and frustrating others, shall bring ruin and destruction to this nation.”

Umar also reminded Buhari that he (Umar) had cause to appeal to him to confirm Justice Onnoghen as the substantive CJN a few days before the expiration of his three-month tenure of acting appointment without heed.
Onnoghen’s nomination was sent to the Senate for confirmation by the then acting President, Prof. Yemi Osinbajo.

He was, however, removed under controversial circumstances a few months to the end of his tenure, and replaced by Justice Ibrahim Muhammad.
Umar, in the letter, also accused the president of pussyfooting on the confirmation of Justice Dongban-Mensem as President of the Court of Appeal.
However, the presidency official, who craved for anonymity because he was not authorised to speak on the matter, rejected accusations that the Buhari government’s appointments in the justice sector were sectional and anti-Christian.

“He didn’t reason with a president, who saw reasonable grounds of suspicion of financial offences, which, if established by an investigation and due process, could embarrass not only the occupant of the office but the exalted office itself.
“Now, tell me. With the benefit of hindsight, and arising from facts and the conviction that followed, were those grounds not reasonable? Was the conviction not a confirmation of the commission of an offence?
“Two, he (Umar) also tried to whip up religious emotion against the president by the allegation that there is an attempt to bypass Justice Dongban-Mensem with a Muslim judge as the President of the Court of Appeal.

“Her Lordship Justice Dongban-Mensem was first approved as president of the court following a recommendation by the National Judicial Council by President Buhari three months ago, who approved a further three months acting period starting from June 3rd.
“Legally speaking, the privilege to lead the Court of Appeal in an acting capacity is for six months. As it is today, the beneficiary is just three months in the office. It is, therefore, mischievous and unreasonable for anyone to start a campaign, premature as it is, over a right that has not arisen.”

He Umar ignored the fact that the last two appointments of the heads of the superior courts of records, the Federal High Court and the National Industrial Court went to Christians, who succeeded Muslims.

According to him, “So the basis of the alleged bias is lacking here. Unfortunately, this fact is completely ignored in his letter.
“What I can say, in a summary is that while Colonel Umar’s biased and tendentious comments against the Buhari administration are not new, on this occasion its misrepresentation has reached new levels.”

He, however, said the presidency was not bothered by the Umar’s letter because it knew that the letter had failed to impugn the integrity of the president.
“It is just a year ago that Nigerians reaffirmed their confidence on the development agenda of the president and his party, the All Progressives Congress (APC), by giving them a massive mandate to continue in office.”