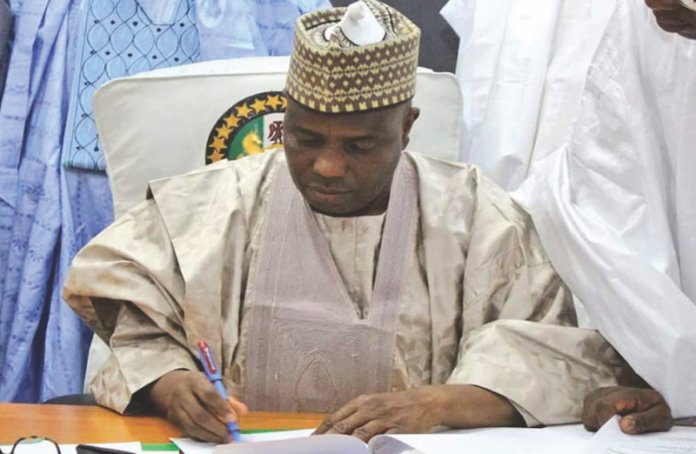 Performing the ceremony at the exco chamber of the Government House on Wednesday, the governor reiterated his advocacy for community policing.

Tambuwal, while commending the federal government for establishing the Police Trust Fund (PTF), also applauded the security operatives in the state for their synergy in containing the bandits bedevilling the state and also enforcing the inter-state border closure to checkmate the spread of the coronavirus pandemic.

Tambuwal also bemoaned the lack of funding and poor welfare packages for the security operatives and inadequate personnel, which he said are problems militating against effective performance of the Nigeria police.

The Deputy Inspector General of Police (DIG), representing North-west zone, Abdul Dahiru Danwawu, maintained that the policy behind the advisory committee is that all stakeholders are carried along.

He said: “The whole intervention idea is aimed at bringing policing to the people and close perceived gap between the public and the police.

“SCPAC will coordinate and deal with community policing matters. In the order of hierarchy, the Commissioner of Police will on behalf of the committee report to the state security council, chaired by the governor of the state.”

Danwawu however solicited for every community’s support in checking crimes by identifying criminals in their respective community.

Members of the advisory committee are the chairman, council of traditional rulers, the commissioner of police, who is to co-chair the committee with the Sultan of Sokoto, and heads of security agencies in the state.