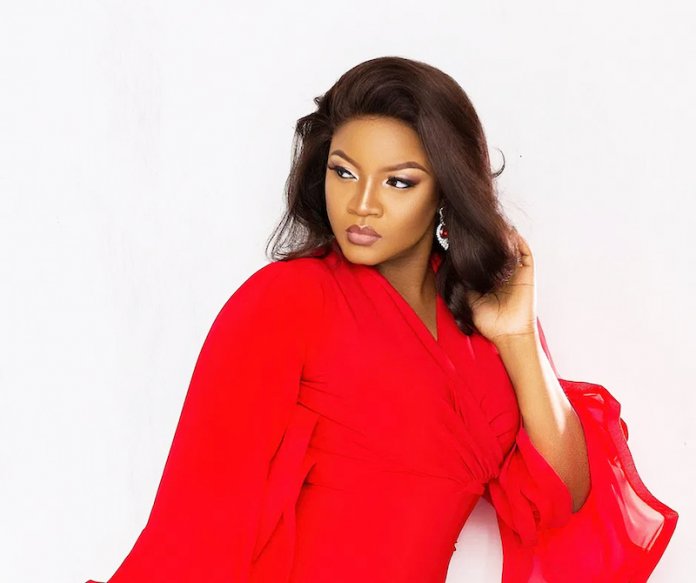 From modeling to acting and singing, Omotola Jalade-Ekeinde aka Omosexy has touched other flairs worthy of note. Ferdinand Ekechukwu spotlights her career highpoints as she celebrates 25 years in the entertainment industry

Twenty five years in an industry isn’t an easy feat, and that’s how long veteran actress Omotola Jalade-Ekeinde has stayed in the entertainment industry. The film star became popular for her many movie roles in the early days of Nollywood. She took to her social media page last Monday to celebrate the milestone and recount her contribution to the industry. It is noteworthy that Omosexy, as she’s fondly called, deserves all the accolades for staying strong and still very relevant in the scene.

As it seems, Omosexy has not even inched anywhere close to the height of her acting gig. She is excited and grateful for the journey so far and still has more to offer. Taking to her Instagram @realomosexy like one from slumber, to share the news of her 25th anniversary with stunning photos of herself, the talented actress wrote: “What!!! Stop press Lol… It just occurred to me that this year is my 25th year in entertainment!!! 25th anniversary… 2020!!! #Timeflies#Godisgood#Grateful.”

Continuing, she said: “The laugh you have ……When you know the things coming are way bigger than the things past than the things past!! 25yearsStrong. What would you love to see me still do? say #Next25? #Godisdoingit,” she added. From modeling to acting and singing, Omosexy “the real Africa Magic” as veteran OAP, Olisa Adibua once teased her during an AMVCA ceremony, has touched other flairs worthy of note, including writing her famous column in OK! Nigeria Magazine.

The column – “Omotola’s Diary” – featured writings directly from Omotola on her life and experiences. From her first acting experience which she stumbled upon in 1995, having accompanied a friend to an audition, the 42 year-old has had a tremendous run with roles back to back. Although she played a lead role in that movie, Venom of Justice, which set the stage for a flourishing career for her in the Nigerian film industry, it was her role in the critically acclaimed film, Mortal Inheritance that shot her into limelight.

In the movie, she played a sickle-cell patient who fought for her life despite the odds of survival. The mother of four would later star in several hit movies including, Blood Sister, Games Women Play, All My Life, My Story, The Woman in Me, Last Wedding and a host of others with her first cinema movie role in a 2010 film, Ije, which she co-starred with Genevieve Nnaji. Beyond her show business accomplishments, she is also applauded for her remarkable humanitarian efforts.

After some moment break in acting, Omotola made a comeback in the Moses Inwang’s 2017 movie, Alter Ego alongside British-Nigerian trained actor, Wale Ojo. Ten years after her first screen appearance, the Nollywood diva had launched a music career in 2005 with the release of her debut album titled “gba”. The album produced the singles “Naija Lowa” and “The Things You Do to Me.” Her second album – Me, Myself and Eyes, brought in production from Paul Play and Del B but was not released. It was supported by the songs “Feel Alright”, featuring former 5Star artiste, Harrysong, and “Through the Fire”, featuring Uche. Later in 2012, Omotola began working on her third album and enlisted the help of The Bridge Entertainment.

It was reported that she went to Atlanta to work with a few prominent producers and songwriters who could help create a sound that would resonate with American audiences. Following in early 2013, she took her career to another level by debuting in a U.S. television series; VH1’s scripted series, Hit the Floor. Due to her exploits in the world of showbiz, Omotola in 2013 made the list of Time magazine’s 100 most influential people in the world alongside Michelle Obama, Beyonce and Kate Middleton.

The impact of her career strides at home across the years, up to launching her own reality show, Omotola: The Real Me, on Africa Magic, was recognised in 2014 when she was honoured by the Nigerian government as a Member of the Order of the Federal Republic, MFR for her contributions to Nigerian movie industry. Omotola in 2018 was also honoured as one of the top 100 influential people in Africa for the year by MIPAD in New York City, following the opening of the 73rd UN General Assembly.

Omotola’s biggest recognition came when she was made a voting member of the Academy of Motion Pictures Arts and Science popularly known as the Oscars in 2018. Omosexy was listed among the record-breaking 928 members admitted that year. According to the organisers, Omotola’s invitation stemmed from the recognition she got in the 2010 romantic drama “A Private Storm” and the 2012 thriller “Last Flight to Abuja,” directed and produced by UK based filmmaker, Obi Emelonye.

Reacting to her inclusion then, the leading Nigerian actress noted that she was optimistic, and happy for Nigeria and Africa. “This is an olive branch stretched out to us, and I believe that they are trying to let us know that we are welcome and that they are looking forward to us coming in,” the actress told CNN. That year’s Oscar’s membership invitees were the largest and most diverse in the Academy’s history, which signals Hollywood’s seriousness to address the #OscarSoWhite controversies. It included professionals from 59 countries, almost half of whom were women, aligning with its aim of doubling the number of women and minority members by 2020.

She further told CNN there was a curiosity about the industry after meeting Steven Spielberg and Daniel Day-Lewis at a dinner to celebrate her Time Magazine honour years back. “I know that they are very inquisitive and they’ve been inquisitive for a while. Even in 2013 when I went for Time 100, I came back and I told colleagues about the discussions I had with Daniel Day Lewis and Steven Spielberg. I told them about how curious they were to get to know us and know about our market and how to work with us in future, but obviously we did not explore as much as we should have to draw them in.”