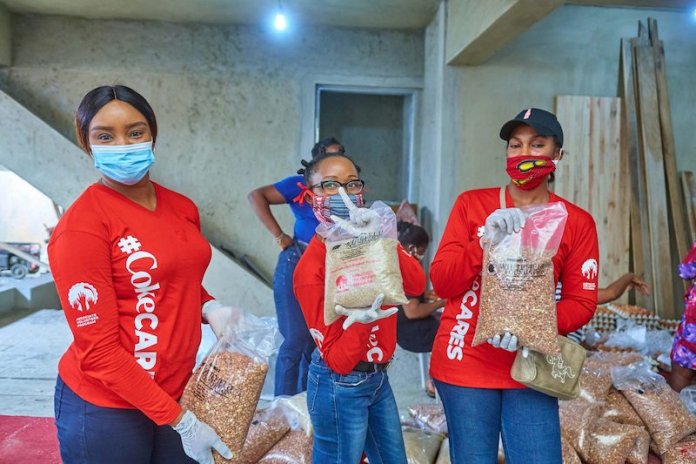 A widow and mother of four, Abigail Agatha, has praised a Coca Cola’s initiative tagged ‘Coke Cares’ for lifting her and family during the lockdown. Prior to the outbreak of the coronavirus, Agatha worked as a support staff in a local restaurant.

According to her, the disruption caused by the government’s attempt to curb the spread of the virus led to the closure of the restaurant leaving her unemployed. She stated further that with four underage children to feed and no savings, her family was on the brink of starvation but heard the news of an outreach program by Coca-Cola and decided to give it a shot.

Meanwhile, a statement issued by the promoters of the initiative pointed out that the story of the widow was similar to that of millions of Nigerians observing the COVID-19 lockdown.

“The most vulnerable members of our community were not prepared for the harsh economic realities of the nationwide restrictions imposed. With their livelihood threatened, lack of food and income has become imminent,” the statement stated.

Coke Cares is a food support program by Coca-Cola employees. With the support of implementing partners Whitefield Foundation, Coke Cares is providing hundreds of vulnerable families with food relief materials.