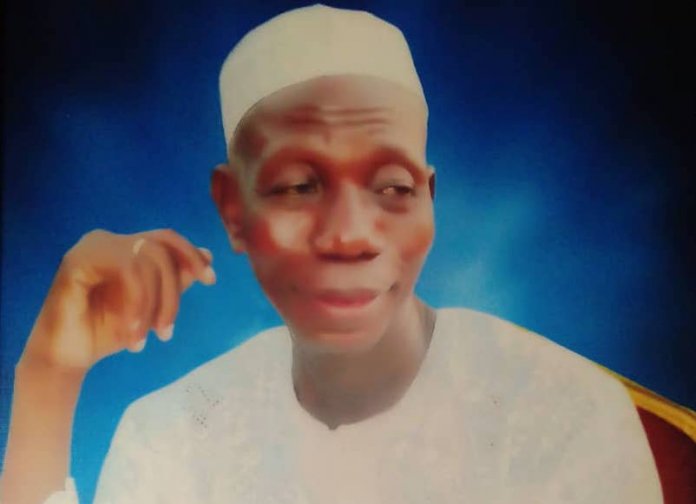 Rising from a two-day meeting, leaders of the Gbobaniyi Royal Association of Ikejaland, a frontline group in Ikeja, Lagos, on Sunday wrote Governor Babajide Sanwo-Olu, asking for a posthumous Obaship status for Prince Samsondeen Adeleye, the Oba-elect of Ikejaland who died on May 2.

It also urged the governor to approve adequate compensation for the family of the deceased Oba-elect.

In making the requests, the group said it considered the ordeal of the late Adeleye, who had been nominated Oba-elect for six years but was never installed by the state government, till he died.

In the letter to the governor signed by its President, Chief Babatunde Alaran, and General Secretary, Mr. Samuel Soremi, a copy of which THISDAY obtained, the association claimed that it had the mandate of the Body of Kingmakers in Ikeja community to demand for the redress.

Besides, it noted that the late Oba-elect was a member of the Gbobaniyi Royal Association and that other members of the group were privy to how he spent a fortune on preparations to mount the throne, spanning six years, until “his unfortunate death.”

The group added that Adeleye was duly nominated Oba-elect in December 2014 by the Body of Kingmakers, chaired by its then chairman, the late Chief Rafiu Jafojo, former deputy governor of Lagos State.

It said his nomination followed the death of the then Olu of Ikeja, Oba Rauf Amore, and that till date, there had been no single litigation against his selection.
The group particularly wondered why the state government that had been inviting Adeleye to public functions in the capacity of Olu (monarch) of Ikeja, refused to crown him.

It cited an instance, saying Adeleye “officiated in that capacity through an official invitation letter written from the office of the Lagos State Honourable Commissioner for Health dated 13th December, 2018, to a launch of Lagos State Health Scheme, held at Eti-Osa, Lagos Island on 18th December, 2018.

“It is there on record that the late Oba-elect,…accompanied by his entourage, graced the occasion and was duly honoured in this capacity as Oba-elect (Olu of Ikejaland).”

The association further lamented that it was such encouraging gestures from the state government that prompted him to sink his resources into preparations for his installation as Ikeja monarch, and that with his sudden death after six years of spending his resources, his family deserved compensation.

“This (compensation) would address the grief in the hearts of the bereaved family and give succour to their devastated state of minds, having been well informed that the letter from the office of the Lagos State Commissioner for Health gave their patriarch the green light and spurred him into sinking his finances into his coronation’s preparations, which unfortunately, did not materialise until his sudden death.

“Therefore, it is in the spirits of moralsuation, natural laws of equitable justice, and fair play that we humbly appeal to the Lagos State Government to graciously accord the deceased Oba-elect, Alhaji (Hon.) Shamsondeen Adegboye Adeleye a posthumous rite of an Oba (Olu of Ikejaland), with all the compensations thereof, having officiated in that capacity,” the group demanded.

A PDP Southern Candidate Can Win Against Tinubu