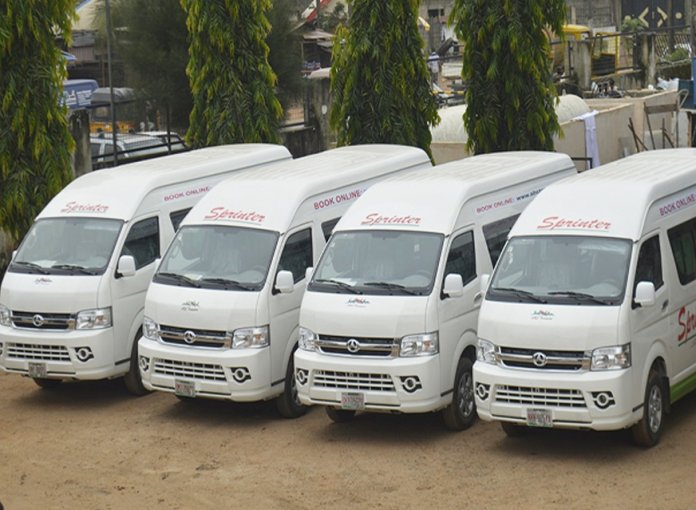 Transport companies whose high capacity and mini buses have been off the road since the advent of COVID-19 have appealed to the federal government for financial relief to enable them cushion the effect of the ban on inter-state travel.

The transporters said they may not be able to recover from the ban on inter-state transportation if the Federal Government does not quickly intervene with financial support to save them from collapse.

This was the view expressed by the President of Association of Luxury Bus Owners (ALBON) and the 1st Vice Chairman, Public Transport Owners of Nigeria Association (PTONA), Prince Emeka Mamah, while lamenting the crippling effects of inter-state movements on long distance passenger transportation.

“In fact, it will be very difficult, if not impossible, for inter-state transporters, whose thousands of buses have been ‘locked down’ for nearly two months, to recover without incentives, even after the COVID-19 measures have been relaxed,” Mamah stated in an interview.

He recalled that members’ buses have been parked at the owners’ stations since the restriction on inter-state movements was announced in March, stating that apart from losing daily returns, the vehicles, which are procured on loans from banks are accumulating arrears of re-payment and interests.

The transport owner commended the concerted efforts by the Federal Government, the Presidential Task Force on COVID-19, and the various state governments towards combating the pandemic.

He, however, argued that road transportation which is the nation’s most popular means of movement, should not be allowed to be one of the casualties of the global scourge, even as he expressed the fear that it would take the sector more than a year to recover.

Mamah, who is also the Chairman of Ifesinachi Industries Ltd, argued that to ground thousands of buses for many weeks without palliative measures has social implications, because every bus has at least a driver and other people directly or indirectly depend on its operation for their livelihood.

=“Having been parked for weeks, these buses not only attract arrears of unpaid loans and interests, they are also incurring maintenance costs. And by the time they are to resume operations – and nobody knows when – we will need to spend heavily on replacing tyres and other items, before returning them to the road.

“Britain, which is one of the countries worst hit by coronavirus, depends a lot on road transportation, and they didn’t starve the transporters and the drivers of palliatives.

The country has provided about a million pounds for the transporters to maintain their vehicles, including washing and disinfecting them before they are back on the road. This does not include palliatives to the drivers and their families.

“Government should consider the fact that when the prohibition on inter-state passenger transportation is lifted, we are still going to face the challenge of observing social distancing, which means carrying fewer passengers and its effect on the recovery of our businesses.”

According to him, a situation where 15-seater mini buses will admit only seven or eight travellers, and luxury buses reduce their passengers from 59 to 25 or 30 to ensure distancing, will hamper recovery from the effects of the present ban, unless government extends considerable incentives to the owners.

Last month, PTONA, an umbrella body of inter-state road transporters across the country, had in a letter to the Vice President and Chairman of the Presidential Economic Sustainability Committee on COVID-19 Pandemic, Prof. Yemi Osinbajo, appealed for urgent government financial support to pull the transport owners back from the brink.

Signed by the National President, Isaac Uhunmwagho and the Secretary, Frank Nneji, the association’s letter specifically implored government to set up a N20 Billion COVID-19 intervention fund with the Bank of Industry (BOI) to assist inter-state passenger operators nationwide.

PTONA also appealed to the Vice President to grant its members special concession on import duties payable on buses from 35 percent to 10 per cent; as well as direct the Central Bank of Nigeria to prevail on all commercial banks to restructure all term loans for businesses like inter-state passenger transport affected by the pandemic.