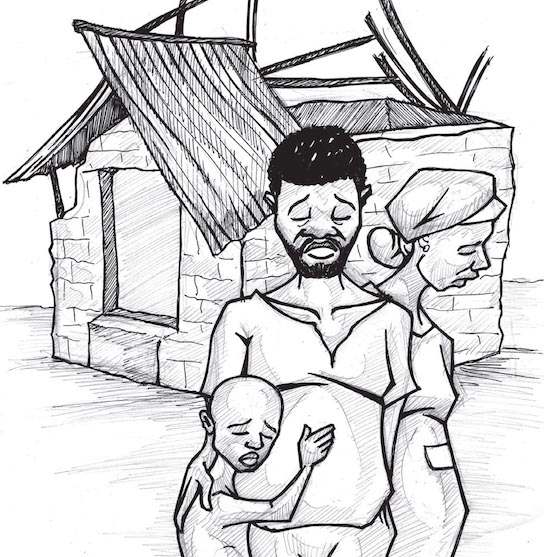 There was nothing shocking in the ‘2019 Poverty and Inequality in Nigeria’ report by the National Bureau of Statistics (NBS) which revealed that more than 83 million Nigerians live below the national poverty line. But given the current COVID-19 pandemic and its implications for our economy, the report should compel action by government at all levels. We must commend the NBS for the report which makes planning easier by revealing the true state of our national economy and what can be done to address the challenges.

For years, while states and local governments seek oil rents and jeopardise productivity, successive national governments have also not adequately used oil revenue to lift the ordinary Nigerian out of poverty. More disturbing is the geo-political dimension to the report. While Sokoto State in the North-west has the highest poverty rate of 87.73 per cent in the country, Lagos in the South-west has the lowest rate of 4.50 per cent. Meanwhile, the survey was conducted in 35 states of the federation and the Federal Capital Territory (FCT) with Borno State excluded as a result of the prevailing security challenges arising from the Boko Haram insurgency. This NBS report merely reaffirms this year’s earlier World Bank report which painted a gory picture of the endemic poverty ravaging the North.

In all, the central message of the index report is that Nigeria has not made much progress. A 40 per cent poverty rate in a country with huge natural and human resources is an embarrassment to those in authority. Growth and development in any economy are measured by three indices, viz: low unemployment rate, low poverty rate and declining inflation. This report, like other similar ones, underscores the country’s high unemployment, poverty and inflation rates. Nigeria’s unemployment rate was said to have risen to 33.5 per cent in 2020 while its current inflation rate is 12.26 per cent as at last March.

It is unfortunate that Nigerians continue to be ranked among the poorest people in the world almost every year. Some of the factors responsible for this state of affair include high incidence of unemployment, predominant production of primary goods over finished products, aging public infrastructure, increasing insurgency and opaque systems of governance. The high rate of out-of-school children and poor output in the education sector also contributes to deepening this problem as the nation churns out a crop of uncompetitive youth in a world driven by technology.

The challenge is even bigger. Many of the rural communities in the country today are not connected to the national grid and as such, do not have any electricity. Some do not have access to potable water supply and many lack critical infrastructure for storage and transportation of raw materials from their places of production to markets. Farmers are at the mercy of middlemen who exploit them and make significant profits on resale of the same goods in other geographies.

We must as citizens demand equity, fairness and accountability lest this deepening cycle of poverty continues. But the government, at all levels, must also focus on the people, their safety and welfare; the optimal allocation of scarce resources and the effective implementation of policies for service delivery. Until we begin to do all these, Nigerians will find it difficult to maximise their potential in the bid to enjoy better lives.

All said, we hope the federal government and the authorities in all states of the federation will see the latest report of the growing poverty in Nigeria as another wake-up call for a nation blessed with enormous natural and human resources, but which has consistently been held down by poor governance at virtually all levels.