A former Nigerian Ambassador to Isreal, Cyprus and the United States, Prof. George Obiozor has said Nigeria’s greatest challenge is mismanagement of diversity, stressing that over the years, Nigeria has not been able to manage her economic diversity.

Obiozor has also hailed the appointment of Prof. Ibrahim Gambari as the new Chief of Staff to President Muhammadu Buhari.

“The federal government’s school feeding programme is childish and the idea to extend the feeding programme to school children at home during this lockdown is a wasteful venture because such project should be the responsibility of Local Government Chairmen and Councillors, while the federal government seeks for national projects that will boost the economy of the country.”

“It is either the federal government lacks the vision and capability to coordinate or it is inefficient in her coordination of national issues”, Obiozor who is also the former Director General of Nigerian Institute of International Affairs (NIIA), further said.

Obiozor, while reacting to China’s support for Africa, said such support later turned out as huge burden to African countries, including Nigeria.

According to Obiozor, “China has done Africans huge favour through various supports, but over the years, such favour ended up in expectation of gratitude, which has created huge burden on African governments.

Most African nations, including Nigeria are now indebted to China because they did not understand China’s hidden agenda around business agreements signed with African countries, which had an unseen undertone of gratitude.

“The way China is demanding repayment from Africa for their previous support, has put heavy burden on African governments.

Reacting to the appointment of Gambari, Obiozor said Gambari’s appointment was laudable and timely, given his antecedents as former Nigerian Ambassador to the United Nations, which he said was exceptional.

Responding to allegations that Gambari was anti-June 12 that supported dictatorship, and once claimed that Nigeria did not need democracy, Obiozor said in international politics, time remained essential and that past events should not be used to judge the future. “There is no perfect person in the world, and it is wrong to use personal issues to generalise in any political settings. All diplomats have their negative sides, but we need people with proven integrity like Gambari to function in public offices and I see his appointment as timely. He is a man of great ideas and I am convinced that he will bring his wealth of experience to bear in his new assignment because he has more virtues than vices,” Obiozor said, while calling on Nigerians to rally round him to give him their maximum support to succeed. 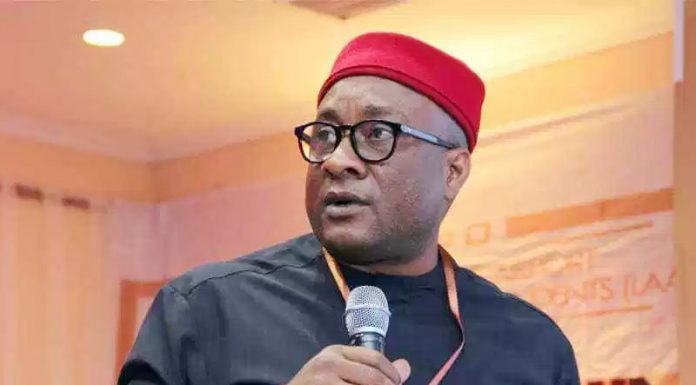