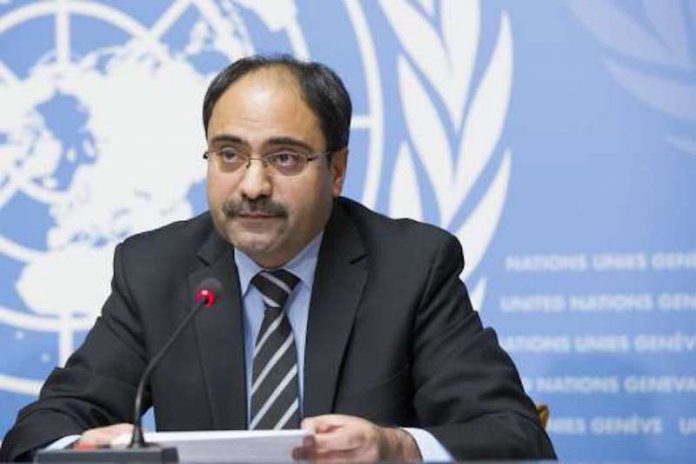 •To relocate 7,000 away from border communities

The United Nations High Commission for Refugees (UNHCR) has said the ongoing violence in North-western Nigeria forced some 23,000 Nigerians to seek safety in Niger Republic in April.

This brings the total number of refugees from the North-west in Niger to more than 60,000 since the first influx in April last year.

UNCHR spokesperson, Mr. Babar Baloch, at a press briefing at the Palais des Nations in Geneva yesterday, which was published on commission’s website, noted that since April 2019, people had fled relentless attacks by armed groups in Sokoto, Zamfara and Katsina states, adding that most of them became refugees in Niger Republic’s Maradi region.

“Fearing and fleeing the same insecurity in the border areas, an additional 19,000 Niger nationals have become displaced inside their own country,” he added.
According to him, the UN refugee agency is concerned about deteriorating security in Nigeria and the risk of armed incursions spilling over into Niger.

“The latest influx of refugees, mainly desperate women and children follows attacks in Nigeria’s Katsina, Sokoto and Zamfara states during the month of April. Several villages in several local government areas were attacked by gunmen.
“The deadliest attack claimed 47 lives in Kankara, Danmusa and Dutsinma Local Government areas of Katsina State and prompted airstrikes by the Nigerian Armed Forces,” he added.

He explained that the fleeing Nigerians complained of extreme violence unleashed against civilians, murders, kidnappings for ransom and pillaging and looting of villages.
Baloch said the refugees were allowed to seek protection in Niger Republic despite border closures due to the COVID-19 pandemic.
He added that the new arrivals are in urgent need of water, food and access to health services, as well as shelter and clothing, noting that many were barely able to carry anything in the rush to save lives.

“Many have also been caught up in the clashes reported being blamed on farmers and herders of different ethnic groups as well as vigilantism. Some 95 per cent of the refugees have come from Nigeria’s Sokoto State, rest from Kano, Zamfara and Katsina states.
“We are working closely with authorities in Niger to relocate at least 7,000 refugees to safety in villages 20 kilometres away from the border where water, food, shelter, access to health and other essential assistance can be provided. This will also enable us to ease the pressure on host communities in border areas where basic infrastructure and services are lacking,” Baloch explained.

He noted that UNHCR has been present at the onset, adding that the emergency response focused on protection and life-saving activities, including registration, protection and border monitoring, education, health, shelter as well as water and sanitation.

“UNHCR needs to continue biometric registration of refugees to better assess their needs and lead the humanitarian response. Discussions are also ongoing with the authorities to recognise on a prima facie basis the refugees fleeing Nigeria and arriving in the region.

“The violence is not directly linked to armed groups operating in the Lake Chad and in The Sahel. It, however, adds Maradi to other areas in Niger struggling with insecurity, including in Diffa, Tillaberi and Tahoua, further straining humanitarian actors’ financial resources and their capacity to respond,” he stated.

Banditry in the North-west has forced the governors in the geo-political zone to encourage amnesty for bandits who unleashed a reign of terror on many of the seven states in the zone.
Thousands of people have either been kidnapped or killed in the states by non-state actors who have seized control of communities and invaded villages, farmlands.

Worst hit by the insecurity in the region are Zamfara, Katsina, Kaduna and Sokoto states.
The governors from the zone and the Inspector General of Police (IG), Mr. Mohammed Adamu, had in August 2019 resolved to grant amnesty to the bandits to pave the way for dialogue for peace to reign in the region, but the measure has failed to restore permanent peace in the zone.