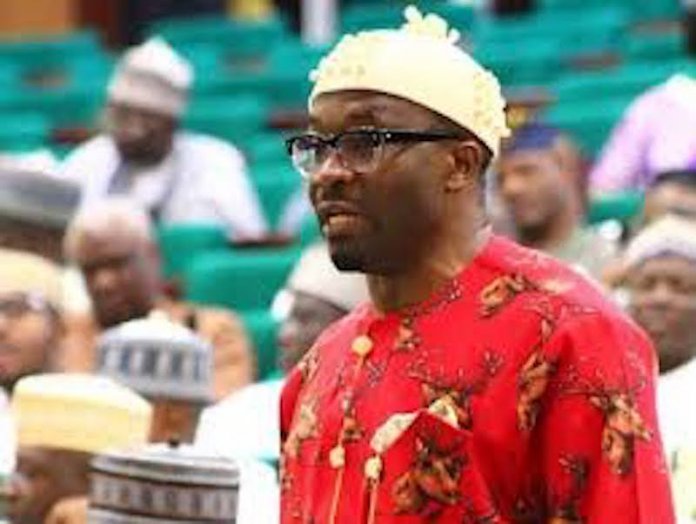 The Spokesperson of House of Representatives, Hon. Ben Kalu, has raised the alarm of insecurity within the National Assembly complex, saying the offices of the members are no longer safe to carry out their legislative duties.

Kalu, who is the House Committee Chairman on Media and Public Affairs, said he was shocked to find his personal office burgled by unknown burglars yesterday morning.

Speaking to journalists on the incident, the lawmaker said he had asked his aides to report the matter to Sergeant-At-Arms and the security machinery of the National Assembly while he interfaced with the House Committee on Security and the Police.

He said the police would do their investigation and find out what actually happened.

According to him, “It’s actually surprising to see that somebody broke into my office. We are still trying to assess what was the intention of breaking into my office. Was it to take an important document out or to check if we leave money or any valuables in the office or to plant any security or spying device there? Honestly, I don’t know, but I have asked my aides to register it with the Sergeant-At-Arms. It’s scary to come into your office and find this. This is one of the consequences of COVID-19 as we are not sitting every day. The time we were sitting every day, we never experienced this. So, hoodlums are beginning to see this also as an opportunity to break into people offices.

“We can’t pin it down to whether it was just breaking to steal or to spy on what the National Assembly is doing through my office. But whatever it is, I am sure the security agencies will get to the root of it.

“Of course, there have a been a lot of motions to that effect, and the discussion has been ongoing for quite some time that the place is no longer as safe as it is supposed to be. For my office to be broken into it means we don’t know how many other offices have been broken into, but as spokesperson of the House, I need to speak out so that people will know what’s going on. The committee in charge of security needs to step up its game. I am going to immediately get in touch with those who are in charge of that committee to see what they are doing about the situation of this nature. It’s actually shocking. It means that we are not safe to do our job.”