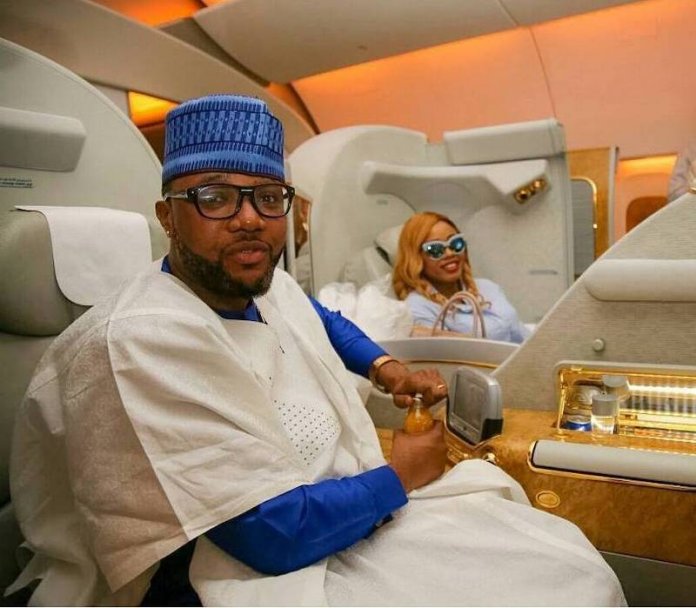 The socialite was said to have abused police officers, whom he used not only as his escorts to flaunt his extravagant lifestyle but also as his domestic staff in public. They were seen carrying his umbrella him, opening car doors for him, among other petty chores.

According to a top officer, the Lagos State Police Command received an order from the Force headquarters to withdraw the six policemen attached to the entertainer.

“We received a signal from the Force headquarters on Monday that the police details of music executive, E-Money, be immediately withdrawn and an investigation into the man be launched,” the officer said.

The source further said that the IG was taken aback that policemen were attached to E money in the first place and were being used like domestic servants.

The officer added: “The policemen were discovered to be attached to B Operations at the command headquarters and not MOPOL which is the usual practice. So, we have withdrawn his policemen and we are inviting him for questioning. The policemen will also be interrogated.”

The Lagos State Police Public Relations Officer, DSP Bala Elkana, confirmed the withdrawal of the escorts but said he was not aware of the details yet.

He added: “It is true that his escorts have been withdrawn and an investigation ongoing. I do not have much information on it.”