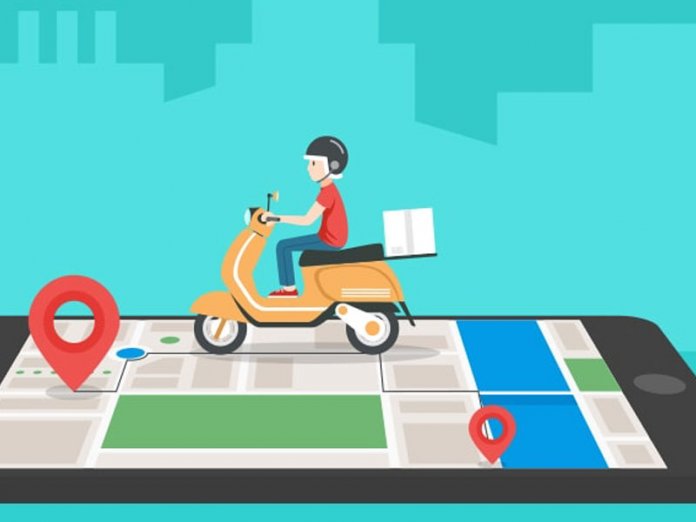 As the impact of the COVID-19 reverberates around the world, crippling businesses and economies, and leaving governments scrambling to respond, a handful of industries are seeing increasing opportunities to do more, not less.

E-commerce businesses and the delivery companies that connect them to customers belong to this class. And nowhere are these opportunities emerging more forcefully than in the urban centres of emerging economies like Nigeria, where the room to grow is plentiful and the people quick to adapt to new ways of doing business.

Enter Khalil Halilu, who, all his life, has been finding and seizing business opportunities, and is now positioning his latest venture as the missing piece of the puzzle for Nigeria’s challenging delivery logistics landscape.

“Nobody anticipated that such a disruptive event like this pandemic would come to define 2020,” he says.
“Now that it’s here, and we are all forced to adapt to a new normal, there is no doubt in my mind that delivery companies are seeing a massive opportunity to make themselves more impactful in the marketplace.”

Khalil’s ShapShap – a pidgin English word that translates as ‘Urgently’ – is an app-based start-up that connects online retailers, potential customers, and a network of riders.

It has been designed as a one-stop-shop for everyone making or fulfilling an online order.
“African economies are majorly driven by SMEs, and logistics remains a major issue for them, so what we’ve done is build a technology to make transactions seamless between customers and vendors,” Halilu says.
On offer is an array of mobility platforms, not just motorbikes: roller-skates, bicycles, tricycles, cars and vans are also available; accompanied by a variety of instant payment options.

Here’s where it gets even more interesting. ShapShap is backed up by unprecedented market research; a cache of data and insights that Halilu says gives it unassailable competitive advantage.

Lagos, Nigeria, where ShapShap has rolled out, is the most populous city in Africa, and one of the fastest growing in the world. By 2050 it is estimated that it will be the fifth or sixth largest megacity on the planet.

It is also one of the few cities in the world of its size without a city-wide railway system, compelling everyone to travel by road. It is therefore not unusual for many people to spend three to four hours sitting in traffic every day, on their daily commute.

It’s a real problem for anyone needing to move around, or to have goods delivered. But that’s only one side of the story. The other side is the opportunity that this problem represents – an opportunity that has now been deepened by the outbreak of the pandemic.

In recent years Nigeria has seen an explosion of e-Commerce ventures, seeking to take advantage of Africa’s largest population base and most productive economy. Ordering online – everything from fast food to groceries to plane tickets, mobile phones and a wide range of services – has become the norm for many Nigerians, especially in the country’s urban centers.

Digital media platforms like WhatsApp and Instagram have enabled small businesses to more efficiently engage with their customers and cultivate new ones. Micro and Small Businesses currently account for roughly half of Nigeria’s annual gross domestic product of roughly $400 billion, and are a big driver of growth.

Customers habitually place orders – food, drinks, clothes, shoes, make-up, household items – through WhatsApp, Facebook, Instagram, etc., and typically expect to receive their orders as soon as possible. This is where the logistics companies come in – considering the traffic in urban hubs like Lagos, motorbikes are the most sensible option for beating unending traffic.

The future looks very bright, for the African “delivery” business. Africa is often described as the last frontier for global growth, and the future labour market for the world.

In 2018 the African Continental Free Trade Area Agreement (AfCFTA) was signed, as the prelude to the take-off, in July 2020, of the largest free trade area in the world, encompassing more than a billion people, the bulk of them young people, below the age of 20. It is estimated that the AfCFTA will result in a sixteen percent increase in intra-continental trade.

It is perhaps not coincidental that Halilu grew up in Kano, Nigeria – the thousand-year-old commercial hub of Northern Nigeria, and the southern terminus of a bustling trade route that at the height of its glory stretched as far as the Middle East.

Over the last decade he has earned a Bachelor’s degree in Business Administration combined with technology, and a Master’s degree in International Business, both from Hertfordshire University in the UK.

But the jewel on his resume is the substantial experience he has garnered in the thirty-year-old family business, a sprawling conglomerate based in Kano, which manufactures a range of aerosol, beverages and other fast moving consumer goods.

At the age of 23 he took over as COO of the beverage subsidiary, and ran it for 3 years. The next big task was reviving a dormant family company and transforming it into a thriving technology hub. It’s that work in technology that’s laid the foundation for this latest foray into last-mile urban logistics.

In the last few years his technology company has built OyaOya, Africa’s first commodity-on-demand marketplace, and Zabe, an election transparency portal that allows individual observers to collect, sort, analyse and securely transmit relevant data from polling units, real-time. It was first deployed for the governorship election in Osun State, in 2018 and during the Nigeria’s presidential elections recording great success in 2019.
Arguably his biggest venture so far, is a sprawling technology hub in the leafy Maitama District of Abuja,
Nigeria’s Federal Capital. The CANs, as it is known, describes itself as West Africa’s first eco-friendly technology hub. It is multiple things rolled up in one: co-working space, innovation consulting agency, and a ‘matchmaker’ – connecting start-up ideas with willing investors.

Armed with this impressive track record, he is convinced that in ShapShap, he’s found the perfect tool to disrupt Nigeria’s – and ultimately Africa’s – urban delivery landscape.

There’s fortuitous timing on his side as well. At the beginning of February 2020, the Lagos State Government announced restrictions on the movement of motorcycles along major roads and highways in the State. Tens of thousands of bikes, many owned by bike-hailing apps, were affected.

Fortunately, the bike restrictions do not affect delivery services. What this means is that the bikes can only carry goods, not passengers – triggering a spike in online orders and the third-party fulfilment offered by bike riders. Instead of hailing a bike for a quick lunch getaway, Lagosians are now more likely to order the food to their offices. The leading bike-hailing start-ups across the city were contemplating a new life in logistics, when the Coronavirus disruption hit Lagos. For all of April the City was in a Government-ordered lockdown.
As though he knew that the Lagos State Government would ultimately take the decision to restrict motorbikes and motor-tricycles, and as though he knew that 2020 would turn out the way 2020 has – Halilu in 2018 commissioned a detailed study focused on the delivery logistics market in Lagos.

The idea was to understand why delivery logistics start-ups have a high failure rate, and then to use that data to build a proof-of-concept for a successful business. “There is no doubt,” Halilu says, “that African problems are best addressed by home-grown solutions.”

The research provided valuable data on order patterns, preferred timings, payment preferences and others.
Now Halilu says he’s ready for a full roll-out. “Data captured during our two-year test-run is the driving force behind our business model, and the basis of our deep understanding of the African delivery market.”

That’s where the timing of the Lagos bans proved fortuitous. It is clear to him that this is the perfect opportunity to bring possible redemption to all of the bike and tricycle owners who were impacted by the restrictions; all of this against the unfolding backdrop of the Coronavirus’ Stay-At-Home measures.

A number of big players in the Nigerian logistics industry have already signed up; ShapShap now counts among its customers Red Star Express, GIG, GMC Logistics and Jaiz Bank. And it has found an enthusiastic partner in Sterling Bank, which is keen to play more actively in the Nigerian transport industry.

The strength of ShapShap, he says, partly lies in the talent pool he’s assembled to develop it, drawing on a wide network from across Nigeria and beyond. Another plus is the local context: it will work even in situations where a user has slow internet bandwidth.

Halilu has already raised seed financing led by Unicorn Capital early this year to scale up deployment of the app, and is now negotiating Series A investment from a line-up of local and foreign investors.

He’s keeping the details under wraps, for now. “We’ve raised resources to strengthen our market position, attract the best of talents and most importantly expand operations rapidly,” he says. The take-off of the AfCFTA a few months from now will no doubt be a catalyst to the growth ambitions of ShapShap.

He’s confident that the App is “the next big thing” for the logistics market in Africa – a sector that serious investors are themselves increasingly paying attention to; going by how much money they are sending that way.
Kobo360, a Nigerian logistics start-up closed a $30 million funding round late in 2019 (comprising US$20 million in Series A funding led by Goldman Sachs and US$10 million in debt from Nigerian commercial banks), to round up a year that saw ride-hailing apps Gokada and Max.ng raise $5.3 million and $7 million respectively in Series A funding.

Elsewhere in the world, the Coronavirus is keeping e-Commerce and delivery businesses under pressure. Amazon is hiring an extra 100,000 warehouse workers in the US to cope with the increased demand for its services.
ShapShap has just launched what it calls ‘Contactless deliveries’ – a system which allows it to operate in a way that is fully compliant with the new demands of the Covid-19 era: combining online payments with physical distancing. 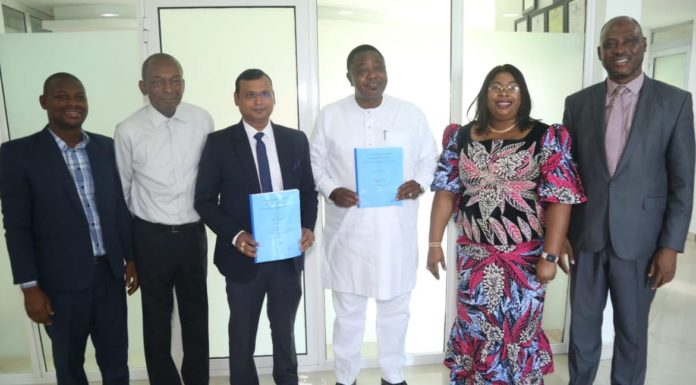 WILL SOLUDO SEIZE THE CHANCE TO GROW APGA?