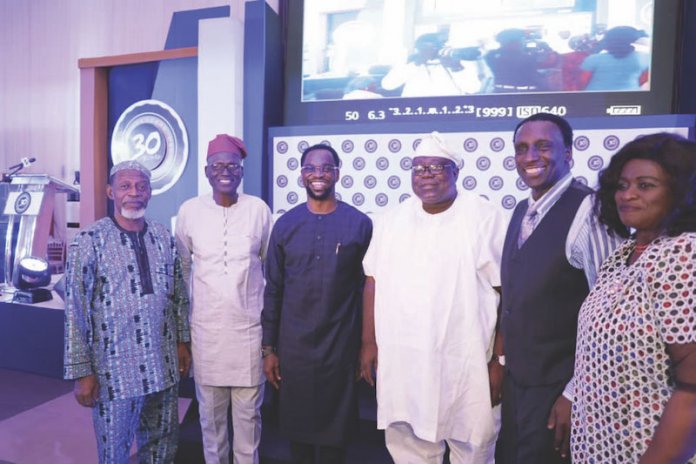 The 2019 and maiden edition of the Joseph Imoukhuede Lecture series was a huge success. The second edition would have held this month but for the COVID-19 pandemic. Samuel Ajayi reports the takeaways from the maiden edition

The maiden edition of the Joseph Imoukhuede Lecture series held in Benin on April 29, 2019, was a bang. Joseph Enaifoghe Imoukhuede was a top civil servant who was trained at Cambridge University and was the first non-Yoruba Permanent Secretary in the civil service of the Old Western Region. He was also the pioneer secretary to government and head of service of the then newly created Mid-Western Region.

Delivering the maiden lecture last year April was no other person than Prof. Tunji Olaopa, a technocrat, former Permanent Secretary at the Presidency and Executive Vice-Chairman of the Ibadan School of Government and Public Policy. And even the roll call of who was who that graced the occasion showed how much the late Imoukhuede was loved. There was renowned poet, Odia Ofeimun, the Deputy Governor of Edo State, Phillip Shuaibu, Senior Special Assistant to the President on Job Creation and Youth Empowerment who is also a son of the late top civil servant, Afolabi Imoukhuede, among other dignitaries.

Olaopa traced the trajectory of the career of the late Imoukhuede which coincided with those of other public service greats such as Allison Ayida and late Chief Simeon Adebo. Olaopa said there was a convergence of historical, administrative, and personal dynamics that made the career of Imoukhuede unique.

“The trajectory of Chief Joseph Imoukhuede’s life and career is a testament to the coincidence of historical, administrative and personal dynamics that makes Imoukhuede one of the most significant administrative figures in Nigeria,” Olaopa said.
Speaking further, he said: “Let me make a confession at this point: delivering this lecture brings me face to face with a huge absence in my reform and administrative scholarship. And that absence is constituted by the towering and redoubtable achievements of Pa Imoukhuede, especially within the ensemble of great pioneers that I have dedicated my intellectual energies to profiling for the rehabilitation of Nigeria’s institutional dynamics. And yet, Imoukhuede stands shoulder to shoulder with the best in that period that marked what has often been regarded as the golden era of the public service in Nigeria.”

Olaopa further said the top civil servants of that epoch were committed and patriotic in their dealings as well as in their service to their fatherland. He explained that they were schooled in the value-based administrative tradition of the British colonial masters who laid a foundation of a profession that was the envy of not just other professions in the country but also all over the world.

He added: “First, there were a corps of pioneer civil servants schooled in the value-based administrative tradition instituted by the British, and who were eager to lay a foundation of a prestigious profession that was world-class. These pioneers belonged to a Nigerian society that had its time-honoured value foundation intact, an era when people attained positions of responsibility that were earned by dint of learning achievement, distinct professionalism, a deep sense of self-worth underpinned by honour, exemplary conduct and the noblest of character. Meritocracy was sacrosanct in staffing and appointments, even as the quota system was already a guiding policy in diversity management.”

He said the then federal Public Service Commission was unqualifiedly incorruptible in the discharge of its work of professional gate-keeping which it guarded jealously and with the utmost integrity, explaining, “Policy work thrived under a seminal spirit that allowed the public service to take advantage of an institutionalized town and gown multidisciplinary cross-fertilization of knowledge and skills available in the academia, industry, the civil society, Donors technical assistance and the global community of service and practice; very much unlike the reigning anti-intellectualism in the policy space today, a tendency dominated by the attitude that dismisses every attempt to reinforce the policy process with research findings as theory and therefore not practicable. Motivation and condition of service were administered to preserve the prestige and professionalism of the service. So, what went wrong?”
Unfortunately, the 2020 edition of the lecture series would not hold until further notice due to the coronavirus pandemic in the country.

In a communique, the organizers said: “As stated during last year’s inaugural lecture that the memorial lecture in daddy’s honour would be an annual event to be celebrated on his April 25, (which is his) birthday, plans had been in full gear to host the second edition this April. Sadly, we regret to announce the postponement of this year’s edition until further notice as a result of the coronavirus (COVID-19) global pandemic that has grounded economic activities globally.

“The health and safety of you all, our friends and families is of paramount importance to us, as such we enjoin each and every one of us to please follow the basic protective measures the World Health Organization (WHO) has put in place to prevent and also reduce its spread.”

The statement expressed the family of the late patriarch’s appreciation to those who graced the inaugural edition of the lecture series last year which also marked the 30th anniversary of the transition of the late top public servant.

It, therefore, advised the populace to adhere to safety measures instituted by the World Health Organisation (WHO) against the spread of the dreaded coronavirus. These include regular washing of hands, social distancing, avoidance of touching of the face, nose, and mouth, self-isolation if there is any suspicion of having contracted the virus, the practice of respiratory hygiene, covering your mouth and nose when sneezing and staying informed and following advice given by your healthcare provider.