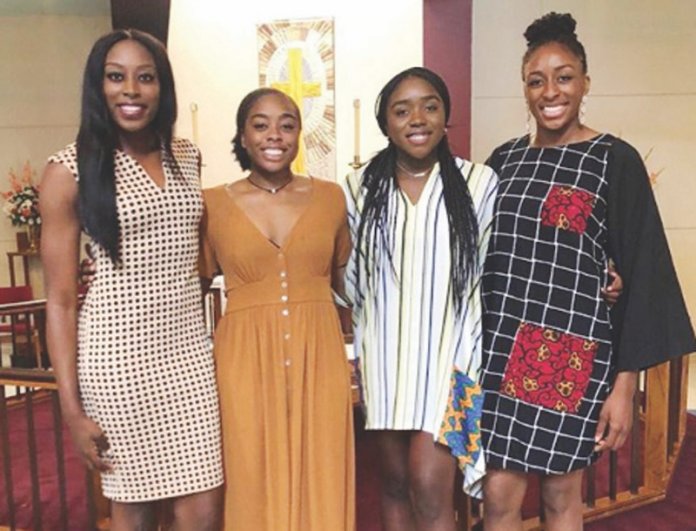 Just 15 days ago, the New York Liberty selected Nigerian-American Erica Ogwumike as the 26th pick in the 2020 U.S. Women’s National Basketball Association (WNBA) Draft, and traded her to the Minnesota Lynx. Erica, 22, joins her other two elder sisters, Nneka and Chiney, who are stars in the WNBA, playing for Los Angeles Sparks. This is the first time three siblings will be playing in the WNBA, and the Ogwumike sisters originally from Imo State are feeling great about this historic feat, reports Ferdinand Ekechukwu

The expression that captured her mood amid her siblings was euphoric. Nigerian-American Erica Ogwumike worked so hard to ensure she is drafted by the US Women National Basketball Association (WNBA). Erica shared via Instagram the proud moment her name was called up a fortnight ago. The youngest of the Ogwumike basketball sisters, who hitherto tagged along for her older sisters’ WNBA games, and had immersed herself in the league at a young age, could not easily get over the announcement that her future will also be included in the WNBA.

Her backup plan as a student-athlete was set on going to medical school and becoming a doctor if her name hadn’t been called. “But Erica is so much more than just the little Ogwumike sister. She’s done a tremendous job of making that clear ever since her childhood days at Staples Center, Texas. Erica will be finishing up an anatomy class in the coming weeks as she waits the day she can arrive in Minneapolis for training camp,” a sport report noted. The Lynx’s newest acquisition graduated from Rice University in May of 2019, but her current class is just “for fun.”

No one influenced Erica’s interest in science and medicine. Now she’ll be the first of the Ogwumikes to pursue a medically-related field if she chooses to do so after her WNBA career.

Prior to that, Erica in the past season played with a fourth Ogwumike sister, Olivia, at Rice University. Expectations had followed Olivia and Erica since they lit up the scoreboard at Hamilton Middle School, with Olivia reaching the 200-point milestone in 2010 and Erica surpassing 250 in eleven certificates that still proudly hang in the family’s trophy room.

They never had their older sisters’ height, but they shined with versatility, high basketball IQ and creativity. Erica was drawn to the field after inquiring with the Owls’ team physicians and finding out their work atmosphere was similar to the one she’d experienced on the court.

Erica spent her freshman year at Pepperdine University before playing her final three years of eligibility at Rice. She also joins her two sisters Nneka and Chiney, forwards with the Los Angeles Sparks, in the WNBA. Heading into the draft, Erica has been able to lean on her sisters for advice. She says she’s asked about 3,000 questions. But what’s been equally valuable has been having a front-row seat to the success of her sisters. Nneka Ogwumike, a 2016 WNBA champion and MVP, has become the President of the WNBA Players Association, and Chiney Ogwumike, a former rookie of the year and two-time All-Star, also works as a sports analyst at ESPN.

The older Ogwumike siblings who both are stars for the Los Angeles Sparks and former No. 1 overall WNBA draft picks, attended Stanford University, never failed to always encourage their younger sister to be herself and never take a backseat to themselves or anyone, for that matter. “They always supported me since the beginning,” Erica said. “They never compared me to them, and they’ve just always been really supportive of anything that I’ve done. That also made it really easy to just be myself.” But, even as she navigates her own path, she still carries some of her sisters’ best qualities. At 5’9, Erica won’t be following in her sisters’ footsteps of playing the forward position, but that won’t keep her from racking up rebounds just like her sisters.

Erica averaged over nine rebounds per game in all three years of her Rice career and partially credits her Ogwumike genes for her rebounding gift. “I think it partially is genetics,” Erica said. “I also think I learned in college of course timing comes into it; my sisters have taught me that, my coaches have taught me that, but it’s also just hard work and just going after it. I think once I realised no one can really stop me from getting this ball.”

Another report had observed that seemingly few had gotten in Erica’s way thus far. She knows making the Lynx’s roster will present unforeseen challenges and that she’ll need to become a more efficient shooter if she wants to make it in the league.

But she’s ready for the task ahead and is confident in what she has to offer. “I’ve watched my sisters prepare for it, I know what they had to do to get to that level – to physically get there and also mentally get there,” Erica said. “So I think just having that knowledge is something that can probably help me in training camp when I’m trying to make a roster because being prepared is always something that makes people confident. Maybe I’ll be able to come into training camp with a bit more confidence because of that.”

A few years ago, Erica didn’t believe professional basketball was a part of her future at all. Her path to the WNBA draft had been far different from that of her sisters – from her position to her hype in high school and to the college she attended. Despite winning a state title in high school and being named MVP of the championship game, Erica said she didn’t receive as much attention as other players in her state. But while she wasn’t ranked as a top-10 recruit in the country, she played on an Amateur Athletic Union (AAU) club team that included top players who recently won a national championship.

It wasn’t until her sophomore season, after transferring from Pepperdine, to Rice that Erica began to see a future in hoops. She’d go on to become one of the top players in Conference USA and led Rice to its first ranking in the AP Top 25 last season. Erica ended her three-year college career as a two-time conference player of the year. Besides her ability to score, averaging 19 points this season, Erica is one of the best rebounding guards in the nation.

Erica credits her parents, Peter and Ify Ogwumike, for raising four young women with so much to offer the world and the sport they love. Last December, she started a YouTube channel to jump-start her own brand. Erica would posts videos on the channel, titled D1 to Dr., about how to beat the Medical College Admission Test, life as a pre-med student-athlete and other topics. While practicing social distancing at home during the pandemic, Ogwumike says she has been inspired by the medical response she’s seen across the country from doctors, nurses and first aid. It’s only further stoked her passion for the medical field.

There’s no weak link on #TeamOgwumike. “Hurricane Nneka,” as her sisters call her, leads the pack. The four-time All-Star for the Los Angeles Sparks at 6’2”, Nneka, 30, is a beast on the boards, even if she’s a grandma off the court. She played for team USA at the 2014 FIBA World Championship for Women, helping team USA beat Spain 77–64 in the gold medal game.
The second-oldest of the Ogwumike sisters, and a broadcaster, Chineyen, 28, at 6’3” is a double-double machine that explodes with energy on defense.

Olivia, 24, is a hybrid who can bang inside and drill threes from deep. Erica, 22 is the baby, the shortest and the family’s only guard, but she attacks the basket and scores at will at 5’9”. 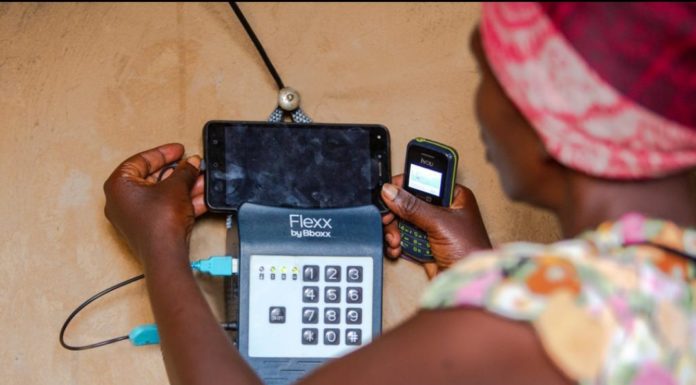