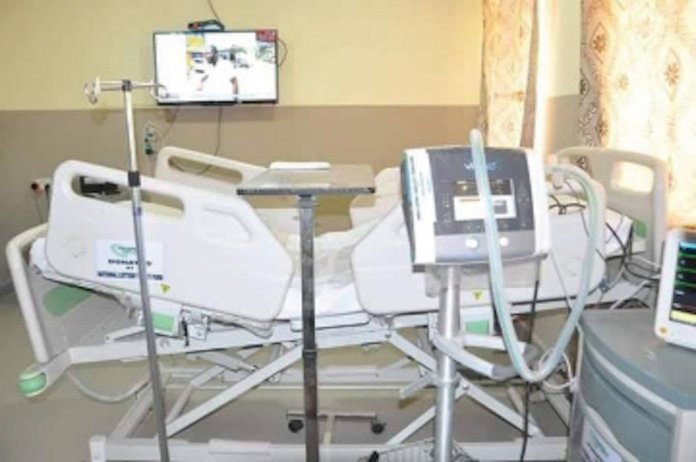 Francis Sardauna chronicles the efforts of the Katsina State Governor, Aminu Bello Masari, aimed at curtailing the spread of the global COVID-19 pandemic in the state

Since the dreaded COVID-19 sneaked into Nigeria in February 2020, Governor Aminu Bello Masari of Katsina State has shown purposeful leadership by adopting all workable measures that would tame the spread of the virus. The state, as at April 18, 2020, had 12 confirmed cases and one death in Daura, Dutsin-Ma and Katsina local government areas, which became problematic to the state government and residents of the affected council areas.

From the time the index case was confirmed by the National Centre for Disease Control (NCDC), the state governor began building a broad based coalition across every spectrum, beginning with government functionaries, political leaders, traditional and religious leaders, the business class and every Katsina citizen to stop the spread of the virus in the state.

Even before the outbreak in the state, the government acted promptly by putting up three well-equipped isolation centres at the Katsina General Hospital, Federal Medical Centre, Katsina, and General Amadi Rimi Specialist Hospital (GARSH) with over 200 bed spaces for the treatment of COVID-19 patients. The state government had also proposed additional isolation centres at NSCDC Training School, Babbar Ruga, which would serve as centre for 150 patients awaiting confirmation tests; Internally Displaced Persons (IDPs) camp centre at Gidan Kwakwa, expected to be a bigger isolation centre, with capacity for 160 patients.

Considering the ravaging nature of this global disease, the governor had on March 30, 2020 inaugurated the State COVID-19 Emergency Response Committee headed by the Deputy Governor, Alhaji Mannir Yakubu, to identify and seek donations from individuals and corporate organizations in order to support the government’s ward against the pandemic. The committee is entrusted with the mandate of procuring all the needed medical equipment and medicament as well as to monitor and coordinate containment measures adopted by the state government to tame the spread of the disease across the 34 local government areas of the state.

The state emergency response committee, by the instrumentality of Governor Masari, swung into action immediately after its inauguration and had so far raised N207,573,800 as donations by individuals and corporate organisations in the state. In its doggedness to tackle the spread, the committee has trained 66 medical personnel and 102 Disease Surveillance Nursing Officers (DSNOs) from the 34 Local Government Areas. The committee also procured numerable COVID-19 fighting materials and distributed to mosques and churches across the state.

While assuring citizens of the state of judicious and transparent utilisation of the funds, the deputy governor commended individuals, philanthropists and corporate organisations in the state for their supports through donations.

Not leaving anything to chance, Governor Masari personally receives briefings from the committee daily and thereafter calls for a review of the activities of the committee, to strategically plot the way forward and keep the people of the state safe from the virus. As a key component in the fight against the virus, Governor Masari had also inaugurated the local government Action Committees from the 34 Local Governments.

Accordingly, because of the governor’s strict supervision, the COVID-19 committee has continued to enlighten the general public on social distancing and regular washing of hands. It has also stepped up its surveillance on persons suspected to have symptoms of Coronavirus in all the 34 local government areas of the state. Beside that, the governor further formed an Enlightenment Committee headed by the State Commissioner for Information, Culture and Home Affairs, Mr. Abdulkarim Yahaya Sirika. The committee has since embarked on massive public enlightenment campaigns, using radio and television jingles, billboards, posters, flyers, one on one campaign, town criers as well as street storms at markets areas to drum home the message to the Katsina populace to curtail the spread of COVID-19.

Meanwhile, other proactive measures taken by the state government to curtail the novel Coronavirus, is the lockdown of Daura, Dutsin-Ma and Katsina Local Government Areas where the virus had spread to, and some major weekly markets in the state.

The governor admonished residents of the state to remain law abiding, adhere to the health guidelines and continue to pray for God’s intervention to bring an end to the Coronavirus pandemic.

Surely, Governor Masari has proven that the lives of those who elected him matter. He has not left anyone in doubt. Together, he is leading the people out of the throes of the global health disaster. What residents need to do is wholeheartedly cooperate and obey the health protocols on COVID-19.