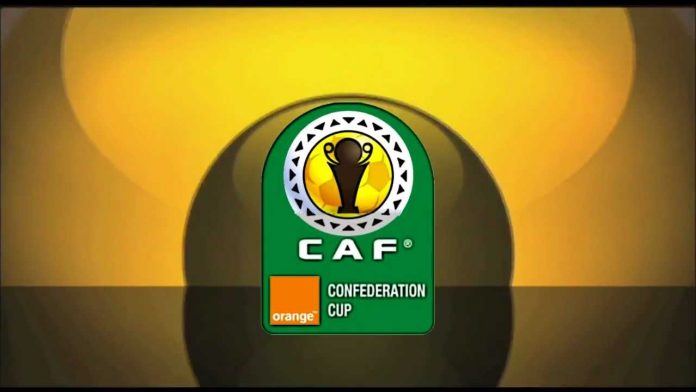 With most leagues around the world plotting how to either end their 2019/2020 football season abruptly or play the rest matches behind closed doors due to the Covid-19 pandemic, the Confederation of African Football (CAF) has entered into dialogues with its affiliate members on the matter.

According to the letter dated April 26, and signed by CAF’s interim Secretary General, Abdelmounaïm Bah, the football governing body in the continent gave up to next week Tuesday, May 05, 2020, as deadline for all its national federation affiliate members to present their plans of finalizing the current 2019/2020 season to its secretariat in Cairo, Egypt.

CAF insisted that this action plan will enable it come out with an organization plan for the inter clubs competitions for next season.

THISDAY checks with Nigerian football authorities however revealed that they are waiting for further directives from the government before taking a definitive decision on the 2019/2020 Football season and the 2020 AITEO Cup competitions.

President of the Nigeria Football Federation (NFF), Amaju Pinnick said on his Instagram page yesterday that resuming playing football is not as important as life and public health.

“So we will be having consultations with the health ministry and FIFA, and more importantly, wait for the go ahead from the Federal Ministry of Youth and Sports Development before any sort of football will be played,” concludes the NFF Chief.

Already, several meetings have already held in-house between the Nigeria Football Federation (NFF) and the Sports Minister, Mr. Sunday Dare while the League Management Company (LMC) and NPFL clubs have had teleconference meeting on the way forward from the current lockdown precipitated by the Covid-19 pandemic.

Last week, the NFF executive committee also had a teleconference meeting on how to handle pressing matters concerning the country’s football. One of the major decision taken was how to prune Nigeria’s 11 national teams from all FIFA competitions in the face of dwindling resources.

A board member of the NFF told THISDAY that the board have an idea of how to end the 2019/2020 season and even the AITEO Cup that is yet to kick off in the states before the lockdown.

“We have a fair idea of our options and possible and probable directions and we will communicate same to CAF before the May 5, 2020 deadline,” observed the influential board members on telephone yesterday.

Another NPFL club Chairman who participated in the LMC teleconference but would not want his name in print hinted that they all agreed on the four-option proposal by the LMC leadership.

“It is the wish of every body to complete the 2019/2020 NPFL season once the pandemic subsides but as things stand now, if that becomes impossible there are other options that we have all agreed to us to decide the season,” without elaborating on what are those options open to the League body.

According to the latest directive from the federal government, a gradual easing of the lockdown in Lagos, FCT and Ogun is scheduled to begin on Monday but with laid down health directives still in force like wearing of mask, social distancing, no handshakes and no inter-State movements.

The Angolan Football Federation set the pace by declaring its 2019/20 Girabola Zap Season “null and void” due to the Covid-19 outbreak earlier yesterday.

It further ruled that there is “No league winners, No relegation and no promotion.”

Angola football authorities also ruled that a new football league season will begin as soon as situation returns to normalcy with the pandemic.

It also applies the same decision to the lower tiers of their leagues.

In Monrovia, the Liberian Football Association has proposed making the national leagues null and void as there is seemingly no date that football can recommence.

And in response, clubs in the country have asked that the cash prize for the winner be shared equally.
Similarly, Gor Mahia have been declared 2019-20 Kenya Premier League Champions.

Gor Mahia were on top of the log table with 54 points and with just five matches to the end of the season.
The 2019/20 Ligue Guinéenne de Football Professional has also been cancelled due to the Covid-19 pandemic