In my initial response to the sad news of the passing on of Mallam Abba Kyari last Friday, I attempted to recall my relationship with him in the last 47 years.

There are, of course, very many people who could tell the remarkable story of the comrade’s life longer than I could ever venture to do on any occasion.

In another breadth, from the responses to the news of Kyari’s demise, there are those who think that whatever he might have done right or wrong in the last five years or so as the Chief of Staff to President Muhammadu Buhari should define his entire career.

What is, however, undeniable is that Kyari’s life is worthy of reflection for some valid reasons, not least of which is the role he played in the last few years of his distinguished career.

Doubtless, the avalanche of opinions on the life of Kyari should compel another look at the whole idea of the role of the individual in history regardless of the structure or lack of structure in the circumstances in which the actor finds himself on the stage.

That is why it is important to interrogate the mission that the individual sets for himself in life. As I observed before, borrowing from the American Novelist, Mark Twain, there are two most important dates in a man’s life. These are his birthday and the day he discovers why he was born.

My humble testimony to the fact of Kyari’s career in this sober season of a raging pandemic, which has claimed his life and those of some other compatriots, is that he realised his own life purpose early enough. This could be summarised as a reasoned pursuit of common good with a keen sense of modesty.

I can recall many anectodes to make this point. But a few would suffice for the present purpose.
I first met Kyari in 1973 in a very humble environment. I am talking of those encounters we had in the days of the Zamfara Textile in Kaduna.

As young men we were, perhaps, unconsciously laying the foundation for our respective careers in Kaduna, a flourishing city in which some members of the aspiring elite rode in their fancy Vespa motorcycles. Kyari and I found ourselves in opposing sides of the collective bargaining table at the textile company in Kaduna. I was the leader of the workers union while he represented the management as Administration Officer.

For me, it was noteworthy that in the many brushes the union had with the management, Kyari showed a true character of a man with an unwavering courage of conviction and that of a true Nigerian patriot. He was unapologetic in showing compassion to the workers in their intolerable working conditions. He stood firmly on the side of human dignity and fairness. As workers protested, Kyari was the lone voice at the management meeting who spoke against the operation of two classes of canteen by the company. Kyari was emphatic in saying that having a uniform canteen for both management staff and junior workers was the only way to convince the junior workers that their meal was not inferior.

On another occasion, even though he was supposed to be on the side of the “oppressor”, Kyari persuaded the management to incur extra costs by issuing all factory workers two pairs of personal protective uniform and safety boots.
One lesson I learnt from him in those early days, in pushing our case with management, was that Kyari never sought to be acknowledged as a “hero” of anybody. He was firm; but he was never obtrusive
For him, fighting for social justice was not a favor done to other members of the society, but a duty
In later years, when he was an editor with a Kaduna-based newspaper, the sympathy for labour was still manifest in the way he related to the unions and the issues affecting the material lives of workers. We still continued to relate later as comrades regardless of differences in perspectives on some broad issues of the economy.

So, to reduce the Kyari story to his last official address is to miss the full height of the essential Abba Kyari. The risk in such a narrative is that an otherwise fair-minded observer may lose the broader picture of a life devoted entirely to fighting for the under-privileged while the fighter prefers a strictly background role.
Like any other public figure, it was not possible for everyone to know him closely. Hardly would those who knew him close enough begrudge him. It is also charitable to say that those who resented him had obviously never the chance of truly knowing him.

As observed above, the last five years of Kyari’s purposeful life as a key figure in the Buhari presidency would inevitably mean different things to different folks.

It is indisputable that Kyari was the embodiment of loyalty to his principal, the President, and a great compatriot. He worked for the progress of his country.

Kyari was consistent in his political options. When nobody believed in the chances of then General Buhari ever upstaging the behemoth PDP, Kyari’s faith was unshaken.

In 2002, he approached me as the National President of Nigeria Labour Congress to sell Buhari’s candidacy to the labour movement. Convinced about the integrity of Buhari, Kyari invested his personal resources, energy and wide contacts in the business world in the project.

It would certainly be an understatement to say he shared President Buhari’s passion for a Nigeria that works for the vast majority as against the interest of a buccaneering elite. It is partly the reason that Kyari was never the darling of those used to gaming the system and their collaborators in western capitals.

At least one instance could be recalled. Kyari’s conviction to fight for the downtrodden was demonstrated in 2016 when the Buhari administration was barely a year in office and the nation found herself in economic recession.
As Edo state governor I observed that Kyari, just like President Buhari, was quite stubborn in opposing the devaluation of the naira. Just as they were averse to the removal of petrol subsidy. During several meetings in Abuja, you could always see the sadness on their faces when the matter came up and when the decision became inevitable. They never hid their disapproval of policies that could hurt the vulnerable and erode the purchasing power of ordinary Nigerians.

Beside his widely acknowledged loyalty to the President, Kyari was also faithful to friends through thick and thin. His sense of humour was phenomenal. Whenever we met and I complained that the stress of running the office of the party ‘s national chairman was such that I had little time to socialise with old friends like him, he would tease by saying, “If a young man like you is complaining of stress as ordinary national chairman of a party, I wonder what you expect someone like President Buhari who is running the entire country at his age and with all he has been through since the 60s and is still making sacrifices today, to say.”

All told, there is no doubt that President Buhari has lost a dependable lieutenant and a convinced disciple. Kyari was a man of stellar character, a workhorse who toiled day and night to advance Buhari’s vision, a luminous torchbearer for the progressives’ community.

The verdict of history will surely be kinder to Kyari than the one borne out of whatever might be the contemporary reading or misunderstanding of his role in some quarters.

You might disagree with Kyari’s policy options, but you could not say that he was a policy illiterate. Perhaps, the nature of his difficult job did not permit him to do much about policy articulation. He was convinced Nigeria could design its own development agenda while independently working with partners in the global village.

His concept of the legacy of the Buhari administration is that one of a radical human development, massive building of the infrastructure, industrialisation and boosting agricultural development in a secure environment. He was passionate about the administration consummating its signature projects in the agriculture, power and other landmark infrastructure. He believed that the private sector should operate in an environment conducive for optimal productive activities. He was also convinced that the state had a role to play in driving the process of socio-economic development. He was critical of social inequality. And he wanted the intervention of the state accomplished without the perennial middle men of the Nigerian political economy. His policy references surely left not a few bitterly disaffected.

This, of course, is the lesson the current crisis is bound to teach in every economy in the world. Can we then say that Kyari was the man who saw tomorrow?

Kyari was certainly no ideological zealot; but my reflection on him shows that he was a social democrat who believed that things could be turned around for the common good.
This memory of him will linger.

*Comrade Oshiomhole, mni, is the Chairman of the All Progressives Congress (APC). 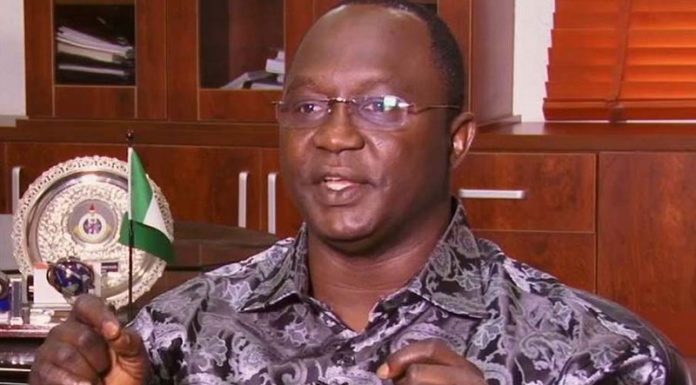