The Peoples Democratic Party’s candidate in the 2019 governorship election in Ogun State, Senator Buruji Kashamu, has said that the party’s suspended chairman, Chief Adebayo Dayo, is not interested in reconciling party members but in feathering his own nest.

Iin a statement on Sunday, Kashamu, a former lawmaker, while reacting to a statement credited to the suspended party chairman, said “Contrary to his claim and pretence to facilitating reconciliation, Chief Dayo was only after what he could grab before leaving office. That is the only reason why he betrayed the Ogun State PDP structure and its leadership by selling 70 per cent of the party structure to Hon. Ladi Adebutu and 30 per cent for himself.”

Senator Kashamu said while reconciliation is important to return the party in Ogun State to its winning ways, it is only the national body of the party that could broker it.

Kashamu said, “I have never opposed any reconciliatory move because I know a tree does not make a forest. But, having shown his hands, Dayo cannot preside over any reconciliatory move. He cannot even be part of it because he does not have the integrity to do so. Rather, it should be championed by those who have the trust and confidence of the two main tendencies. The national leadership of the party is in a better position to call everyone, hear from them and resolve the issues in order for the PDP to move forward in Ogun State.

“As a matter of fact, when Chief Dayo, Chief R.A Adenaike (a.k.a Baba Oloolu), Dr. Remilekun Bakare, Chief Kola Sorinola and the Acting PDP Chairman in Ogun State, Hon. Samson Bamgbose (a.k.a Imisi) came to meet me about the need for reconciliation, I told them that it was a good idea so long as they carry key stakeholders along after the congresses. I also told them that it was imperative for the other people to publicly repudiate the three-year agreement that they had with the Allied Peoples Movement (APM). But, Dayo chose to sidestep everyone and went behind to betray structure and purportedly sold it. This is nothing but a scam!

“There was no genuine reconciliation in his moves. Reconciliation is a process. Parties have to meet, discuss and agree on the modalities and terms of settlement. There was no way he would think that just because he was the state chairman, he could decide for all the leaders, elders and stakeholders.”

Senator Kashamu said the attempt by Chief Dayo to share the PDP exco among some people would fail.

He said, “Any purported agreement that Chief Dayo signed with anyone would not stand. Doing so after he was suspended for anti-party activities renders the whole move a nullity. It can never work. When we get to that bridge, we would cross it.” 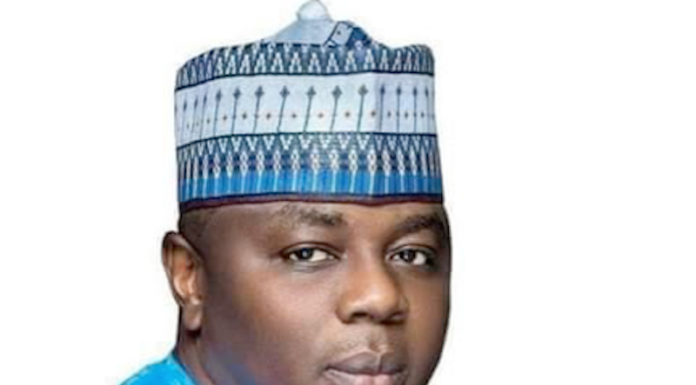 Aliyu Muktar Betara Touching the Lives of His People