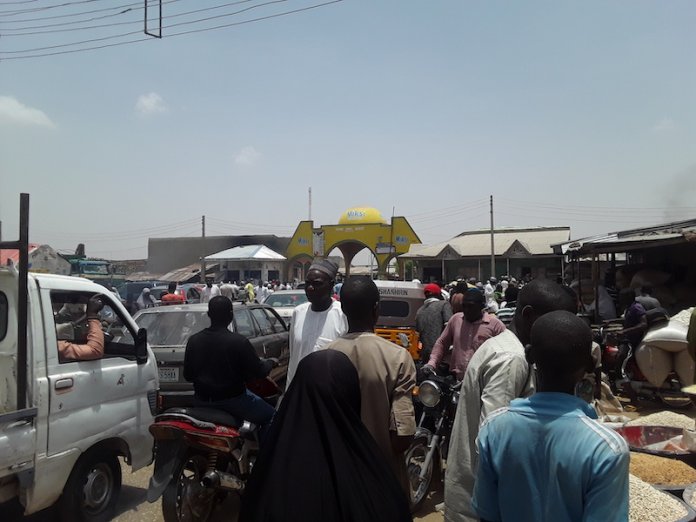 There was an atmosphere of panic in Katsina, the Katsina State capital, on Monday, as residents rushed to buy foodstuffs and other humanitarian needs ahead of a lockdown commencing Tuesday.

The fright purchases followed an order by Governor Aminu Bello Masari that there will be a total lockdown and prohibition of all events as a result of the outbreak of two new confirmed cases of COVID-19 in the council area.

The two-week shutdown ordered by Governor Masari in a press conference at the Government House, Sunday, however exempted banks and medical personnel rendering services in isolation centres.

The governor explained that the 14-day lockdown was to enable a thorough process of contact tracing to identify those who may have been exposed to the two confirmed victims and to avoid the spread of the pandemic.

THISDAY’s movement around Katsina metropolis showed residents in their large numbers at markets and shopping malls.

At Central market, the popular market in the state capital, there was an unusual surge in the number of people trying to purchase foodstuffs and other essentials.

The market, which normally opens by 10am for businesses, was filled to capacity as early as 7am on Monday as hundreds of residents trooped in to obtain major food items not minding the social distancing law.

While a bag of sachet water popularly known as “pure water” that was sold for N60 is now N100.

Similarly, banks were not spared as thousands of customers stormed branches of commercial banks in the state capital trying to make withdrawals or payment ahead of the lockdown on Tuesday.

A resident, Kabiru Yandaka, berated the state government for not giving them enough days as prior notice to get themselves prepared.

He added that the order on restriction of movement was too sudden and appealed for the government to give them a few days to prepare well for the lockdown.