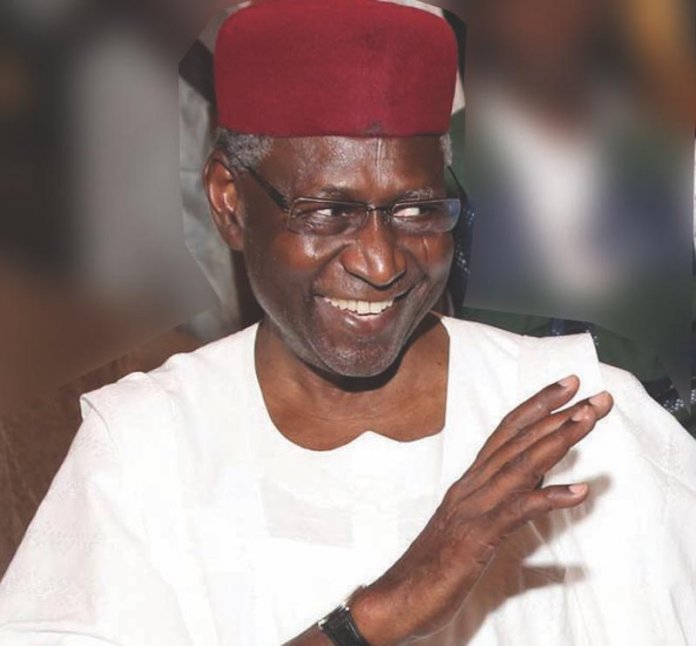 Abba Kyari was a Kanuri from present day Borno State; though little is known about his early life. In 1980, he graduated with a bachelor’s degree in sociology from the University of Warwick, and also received a bachelor’s degree in law from the University of Cambridge. In 1983, he was called to the Nigerian Bar after attending the Nigerian Law School.

Kyari worked for the law firm of Fani-Kayode and Sowemimo for some time after his return to Nigeria before venturing into journalism from 1988 to 1990, when he was Editor with the New Africa Holdings Limited Kaduna.

In 1990, he served as a Commissioner for Forestry and Animal Resources in Borno State.
From 1990 to 1995, Kyari was the secretary to the board of African International Bank Limited, a subsidiary of Bank of Credit and Commerce International.

He was also an executive director in charge of management services at the United Bank for Africa, and was later appointed the chief executive officer. In 2002, he was appointed a board director of Unilever Nigeria, and later served on the board of Exxon Mobil Nigeria.

Since his appointment as Chief of Staff, Kyari became an influential figure within the Buhari administration. During the administration’s first term, he worked mainly behind the scenes to implement the president’s agenda. In 2019 with Buhari’s re-election for a second term, he ordered his cabinet to channel all requests through Kyari’s office thereby making him the most influential man in the cabinet and the clearing house of the administration. He was so influential within government circles that he was dubbed the de facto head of government.

In 2017, following a leaked memo, Kyari became embroiled in a public argument with then Head of Civil Service, Mrs Oyo Eta who was later removed from office, arrested and undergoing trial. In 2020, in another leaked memo, Babagana Monguno the National Security Adviser accused Kyari of meddling in matters of national security.

When the First Lady, Aisha Buhari said his husband’s cabinet had been hijacked by some cabals within the presidency, many heads tilted in the direction of Kyari as the possible person referred to by that innuendo.

Prior to the announcement that he was down with the dreaded virus, he was said to have traveled to Germany, where he met with Siemens officials on how to improve the power situation in Nigeria from where he went to Egypt before coming back to Nigeria where he said he isolated himself as a precaution and had assured he was down with the symptoms but recovering and working from home.

Following more complications, he was moved in an air ambulance to Lagos which appeared more prepared for handling the infection and had infact, treated and discharged many cases before he died yesterday from the infection.