A Nigerian Singer and Songwriter, Moses Iribevbe popularly known as Arrel has explained that his music would effect monumental change in the country. Arrel noted that his songs are usually composed to speak about the ills in the society and propel government to taking actions that would bring about overall development.

The Artiste, who is also a producer, made this call during the official release of his new single entitled Jano, held recently in Lagos. And he shares , “My songs are usually in consonance with what is happening in the country specifically and the world in general. I like talking about the ills in the society be it marriage, politics, insecurity and the likes because I believe that an artiste should be a voice to the voiceless, speak truth to power and consequently effect changes that would warrant development in the country. I grew up listening to artistes like Fela Anikulapo and the likes who are social crusaders ensuring the right things are being put in place”

Meanwhile, Moses commended the ace artiste, Mr. Adeleke David popularly known as Davido for constantly support the younger talents to thrive in the music industry. He, therefore, urged other artistes to borrow a leaf from David’s efforts at lifting upcoming acts as a way of giving back to the society. The Fine and Applied Art graduate said it is imperative because life is transient, noting that you might be the talk of the town today maybe not tomorrow.

Arrel received his primary education at Army Children School 2 Lafenwa, and his secondary education at African Church Grammar School, Ita-Iyalode — both located in Abeokuta. It was in this town he would begin to display a predilection for music, and his post-secondary education transition period before he gained admission to a tertiary institution offered him ample time to exercise this passion. He began buying a few musical instruments with which he could make and orchestrate beats to colour his own compositions. 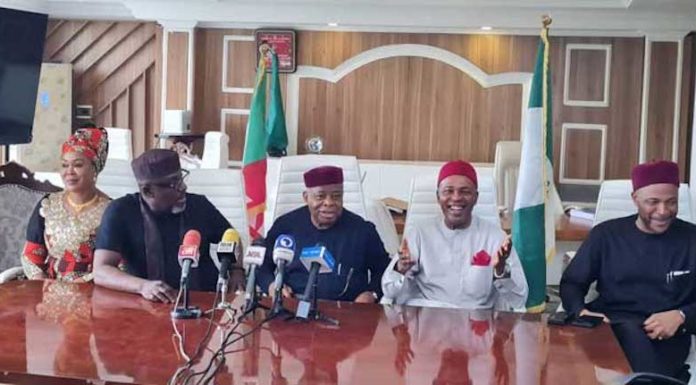