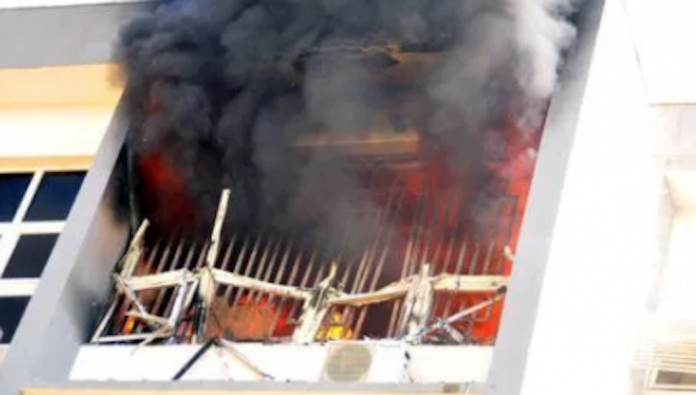 Days after the Corporate Affairs Commission (CAC) and the Treasury House in Abuja were gutted by fire during the lockdown, fire has again gutted a section of the Independent National Electoral Commission (INEC) headquarters in Maitama Abuja.

The section affected by the fire was the Media Centre of the commission and the Election Party Monitoring Office.

The fire incident was confirmed by INEC National Commissioner and Chairman of Information and Voter Education Committee, Festus Okoye, and the Director, Voter Education and Publicity, Oluwole Uzzi.

The INEC director said that only part of the Election Party Monitoring (EPM) was affected as staff on ground were able to put the fire under control.

He said INEC had earlier in a circular directed all its offices to be on alert and be vigilant against fire outbreak.